Gary Marlowe began playing piano at four, turned into a synthesizer prodigy and much respected “synth god”, shared the stage with Iggy Pop and The Ramones, became a No.1 hit songwriter, and Gold Record winning producer. He is an official Steinway Artist, and has won numerous international awards for his film scores, which combine synthesizers, piano, electronica and orchestra to create unexpected, beautifully human sound worlds.

When a living legend like Wim Wenders (“Paris, Texas”; “The Million Dollar Hotel”; “Buenavista Social Club”) decides to appear as a future version of himself in a movie, there must be something outstanding about it. The idea of the film is brilliant: We see our time through the eyes of our grandchildren, many years ahead. By the means of a fable, disguised as a documentary from the future, we understand that the era we critizise so much will actually be seen as the good old days.

1. If music be the food of love, play on. (Shakespeare, Twelfth Night)

3. “A car cannot buy you a synthesizer. But a new synthesizer might get you a new car.” (Hans Zimmer)

Nature. Anything I do outdoors, in the wild.

Started playing the piano at 3, seriously got lessions at 4, first studio jobs at 14, wrote hit songs at 17, became official Steinway Artist in 2018. Slowly getting into it, and hoping to become a little better each day.

I have about 500 favourite albums… here are five:

I was born and raised in Berlin. A rare species nowadays. Survived the 80ies, literally “sitting in the Dschungel”, left when the hipsters became too much. Love to come back often, see dear friends, and smell the Lindenbäume. Which is still that magical smell of summer in Berlin to me.

My “town” now is a tiny little village (with more cows than inhabitants) in the heart of the Alps. My favorite places are the high, snowy peaks surrounding my studio.

I would very probably be a snowboarding or skiing pro.

performer: Playing the legendary hippie commune Kristiania, in Copenhagen, with my band.

I am curious. Sound research, and the exploration of new technologies is a very important part of my work. I always try to overcome the old limitations and barriers between sound design and a more “traditional” perception of composition, also with the help of technology. That grey, uncharted area is my favourite playground.

I do have a brother. To my sincere astonishment, he considers me a genius (his words, not mine). 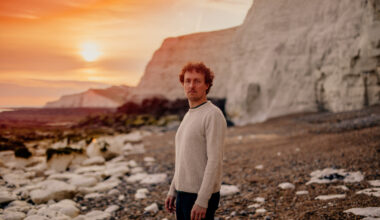 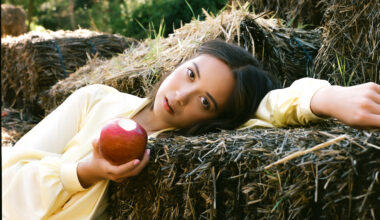