British composer and musician Angus MacRae, represented by Manners McDade, is a rapidly rising voice in contemporary classical music. His work spans across film, television, ballet, theatre, concert performances and contemporary dance. His many notable collaborations include scores for Olivier Award winning productions performed across London’s West End, internationally touring ballets and contemporary dance shows by some of the world’s leading choreographers, as well as numerous other acclaimed film and theatre projects. Alongside this,

MacRae’s innovative work as a solo recording artist expands on his classical roots, pairing panoramic electronic backdrops with intimate instrumental recordings, to create transportive, elegiac compositions of unflinching emotional honesty. His work has reached a global audience, having previously released two full length albums and a number of EPs via labels such as Deutsche Grammophon, !K7, 1631 Recordings and his own imprint Nation of the Sea.

MacRae returns with the news of his new album Vivarium; a spectral and otherworldly journey into the lost worlds of childhood imagination, due out September 30th via Nation of the Sea. Written over the course of a year, the upcoming album is his most ambitious work yet, pairing intimate piano solos with soaring string lines, hypnotic vocal melodies and ghostly orchestral textures. Vivarium breaks down the definitions of classical music, spanning across multiple genres, drawing on a broad range of influences from across the musical spectrum; from Jon Hopkins and Son Lux right through to James Blake.

2. I release music via my label Nation of the Sea. The name is taken from a dedication by Victor Hugo in his novel Les Travailleurs de la mer to the people of Guernsey, where I was born.

3. Maybe our universe is just an atom in another universe.

My childhood and the power of a child’s imagination. It’s the focus of my latest album but I have been drawing from this well for some time. There is a sense of mystery, wonder and fear about the world that you have as a child which feels diluted in adulthood. Music can recapture that feeling for me.

My mother is a piano teacher and studied music at the Royal College of Music in London. For as long as I can remember, music has always been around me. I needed little encouragement to start playing the piano, when I was 5. I worked through the usual grade exams but when I was a teenager I realised that I was much more interested in creating music than playing other composers’ music. When I was meant to be playing Beethoven I would sit and improvise instead, figuring out chords and melodies that I liked. I always knew I wanted to compose and at University I got my first proper chance, for an immersive student production of Edgar Allen Poe’s Fall of the House of Usher. I sat on a dusty piano in the corner and improvised the score live each night. That lead to more scores for theatre, and eventually film and ballet. I had a pretty classical background, so it was only later that I discovered recording and producing. I started writing albums in the mid 2010s. It was liberating to be free of the constraints of a project, and able to write music on my own terms again.

The canals of East London. My studio is around 30 mins from my house and every morning and evening I cycle along the old canals which used to be at the heart of the industry in this bit of town. They’re now a little oasis in the city. It can be hard to feel connected to the seasons when living in a big city, and to travel the same paths every day as the seasons change around me really helps me feel grounded, and gives me space to think and process the music I’m making.

I’d be a landscape gardener. It sounds peaceful.

The Overview Effect by my friend Roger Goula

We didn’t have many gigs in Guernsey when I was growing up, so the first proper gig I saw was in 2007 when Arcade Fire played Porchester Hall in London. There were only 500 people there, just before the release of their second album. There was such a crazy buzz in the room and this incredible raw energy to the performance. After the show the whole band paraded out and performed Wake Up in the foyer to the venue, with the security desperately trying to keep the crowd contained. It was an experience I’ll never forget. Somebody filmed it and that performance is on YouTube somewhere – you can just spot me in the corner next to the band, singing at the top of my lungs.

It’s hugely important, and pretty central to the kind of music that I love to create, but I spend most of my time trying to disguise it! For me the most exciting avenues for classical music combine the traditions and forms that have evolved over many centuries with the technological possibilities we have access to now. With the click of a mouse I can transform a recording to sound like it was recorded in a bedroom or a cathedral, or create surreal, abstract waves of sound which couldn’t possibly be made acoustically. That for me is really exciting. The sense of space in a recording becomes a creative tool – suddenly we can create real aural journeys through a pair of headphones, and use that to abstract and augment the ‘space’ where the music exists – so that the space becomes an instrument in its own right. I feel like by taking classical music out of the concert hall, and combining it with the techniques developed in electronic and recorded music over the last century, there is incredible creative possibility still ahead.

I have an older brother and younger sister. My sister is an opera singer and pianist – we were always musically competitive growing up but we have a close relationship now. She often sings on my recordings. My older brother is perhaps the biggest music appreciator in our family. He played guitar growing up but was always the one buying albums/going to gigs. He is my older brother so obviously I spent my childhood wanting to be him and pretending to like all the music that he liked. He’s creative, but for him I think listening to music is more important than creating it – for me, I am happiest when creating. 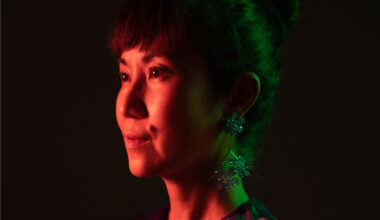 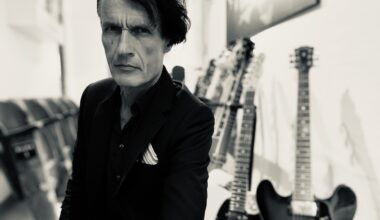