Galya is an award winning Kazakh/British violinist making her own work as a soloist, improviser and collaborator with artists and composers of varied genres. Her debut album was released by One Little Independent Records in September 2020 and is a concept record about the shrinking of the Aral Sea, which has been called one of the “20th century’s more jaw-dropping ecological catastrophes, a consequence of the Soviet-era policy of diverting the two tributary rivers to irrigate cotton plants across Central Asia” (NY Times).

Roughly a year later, Galya is releasing Aralkum Aralas. In Kazakh aralas means mixed/reworked. Galya has thoughtfully curated a remix album of artists to respond to her work having previously commissioned new compositions for her to record for her own label NOMAD Music Productions. Those musicians are; Coby Sey, Jing, Moor Mother, Jlin, CHAINES and Nazira.

Galya’s Berlin premiere is this Saturday (14.08) at Kiezsalon at Villa Elisabeth.

3: the sound of water

1. What is the biggest inspiration for your music?
My instrument. When you spend your childhood going down such a rabbit hole on the violin the possibilities really do seem endless. Finding new sounds and fresh ways of pushing the boundaries of what’s possible on an acoustic instrument doesn’t get boring.

2. How and when did you get into making music?
I vividly remember learning songs by ear and being inspired by my grandmother’s singing. She had an incredibly beautiful and pure voice and used to sing a lot of traditional Kazakh folk songs. I then started playing the violin at an early age, trying to learn the craft of the instrument and classical repertoire. Later I found joy in improvising, from that point it’s a short leap to composition. I’m glad it happened organically and over a long period of time. I love that I can apply that early inquisitiveness in my violin performance to my compositional practice now.

3. What are 5 of your favourite albums of all time?
Not really possible but things that came to mind are:

4. What do you associate with Berlin?
Walking in the summer sun, Aperol Spritz in the park and some of the best music making in the world. There is a creative energy in the air, it feels like a very young, diverse place.

5. What’s your favourite place in your town?
I just moved back to London and have a dedicated studio to write music in, so that is my favourite place at the moment! I’m looking forward to the quick access to great exhibitions, galleries, Independent Cinema and live music.

6. If there was no music in the world, what would you do instead?
That’s a sad thought. I had a chance togo to a ballet school but was really in love with music at the time, I guess if music didn’t exist then I would have taken the place…but then we all would’ve been dancing in silence!

7. What was the last record/music you bought?
Peel by KMRU & Forever Industries by Moor Mother bought on the same day. Bandcamp and Boomkat are my go to places to discover and buy music.

8. Who would you most like to collaborate with?
Living or passed? Tarkovsky, Agnes Martin, Rei Kawakubo.

I love collaborating and have been lucky to have worked with some really special people already.

9. What was your best gig (as performer or spectator)?
I did a solo show at Strelka Institute in Moscow last year, the venue is fantastic and the energy from the audience was electric.

10. How important is technology to your creative process?
The human element really is most important to me, I use technology to simplify my life. In terms of electronics it’s what sounds musical and interesting to the ear, like you’d approach an instrument. Pretty much all of my music starts with an acoustic source, I use technology to push into territory that I just can’t get into through natural means. 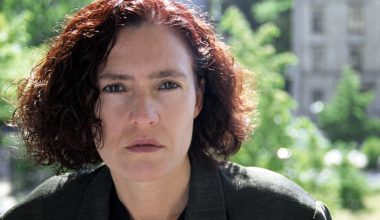 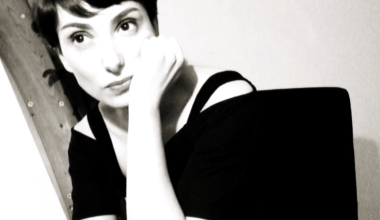