While he has called Paris home for the past few years, Eric Chenaux was a fixture of DIY and experimental music in Toronto throughout the 1990s and 2000s, progressing from local postpunk legends Phleg Camp and Lifelikeweeds towards a highly distinctive technical and gestural mastery of amplified acoustic guitar.

An intrepid explorer of free/improvised music, folkways, bent jazz, and sculptural sound, Chenaux began releasing solo and ensemble work in the 2000s, amidst incessant live performances as a central figure in Toronto’s fertile avant/improv scene, and as co-founder of the experimental music label Rat-drifting. Constellation has been home to Eric’s “solo” records since 2006 – a brilliant discography of adventurous, sumptuous, mostly languorous deconstructed folk, jazz and pop-influenced balladry rooted in the juxtaposition of Chenaux’s fried guitar playing and his gorgeously clear and lyrical singing voice. 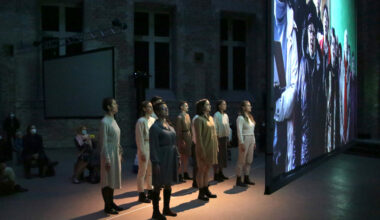