ELME is Hungarian and means: mind. The ambient/electronica duo from Leipzig, formed by Markus Rom & Sebastian Bode interprets it on their debut album Shimmer like this: Creating organic atmospheres and moods that affect the listener where the mind has no business – in the feeling. Well-sounding titles like “Lim”, “Fern” or “Ada” can be understood as hints which offer the listener space for their own images and associations.

The ideas for the tracks on Shimmer first emerged in a ping-pong process (digital), and then were collectively reworked (analog). Thus, during the intense and intentionally limited studio phase, the working titles such as “Traurig Nr. 4” or “zuHause-Demo3” became meaningful frameworks, which reflect what this album is about – a piece of extraordinary music. Seven tracks made of tapeloops, cuts and vinyl samples found their way through modular signal paths. What partly sounds alienated, diffuse or oppressive, opens up confidently in a subtle-sounding dress later on. The recording sessions featured piano, string samples, analogue synths, electric guitar and drums. Shimmer will be released on June 25 via TELESKOP (digital) + ALL MY GHOSTS (physical) as a limited tape edition.

1. “You can stand on your point of view but you should not sit on it.” *Erich Kästner

Markus:
The idea of Elme is working in a synergetic environment and inspiring each other.

Sebastian:
Mostly it’s perspectives and details. Whether in sound images or field recordings, and that you can decide everything for yourself.

Sebastian:
I started early, singing in a choir for children in church. Later came the vibraphone and shortly after that the drums.

Markus:
I learned Guitar in music school when I was little, but it took time until I was 14 to really get hooked on music, when I finally found out about genres beyond classical and top40.

Sebastian:
Something like that has never worked for me. I always had phases while listening to music. It starts with punk and ends with classical etudes. I can not really imagine music beeing divided in best albums. *Sheep, dog & wolf (two minds) and *Isan just crossed my path. Again, it’s rather details and the sound that have shaped my listening. Hip hop, Jazz and Soul has a big place in my musical imprint. The Beatles take a smaller place there. (hahaha)

Markus:
same for me, although there are albums that made a big difference in what I do and to which I feel like coming back anytime, for example:
John Frusciante – To Record Only Water For Ten Days
Azul – Believer
Jo David Meyer Lysne + Mats Eilertsen – Kroksjø
The Notwist – Neon Golden
Sophie Hunger – 1983

Markus:
lots of inspiration and possibilities. In some cases it’s too much to take in or to process, which for me is an argument to live in Leipzig.

Sebastian:
Part of my musical development, but also a city with contradictions and an uneven cultural landscape. Berlin, in my opinion, always fluctuates between open mind reality and a black hole. I can not live there but have good people there with whom I like to work very much.

Sebastian:
My street. A green traffic-calmed street and close to the canal I have a convenience store on the corner and you can get everywhere quickly. Otherwise I like to go out and run with my dog in the forest.

Markus:
Since I live right across the street I follow on Sebastian’s answer.

Markus:
I would be an inventor for things nobody needs.

Sebastian:
I think I would build bicycles and carve Kumiko. Maybe I would combine that with working with young people.

Sebastian:
With people who think and make music differently. Whether this person is known or not I don’t really care. I do not make me there stress it comes as it comes. The important thing is that the vibe is right and you meet again in good music.

Markus:
everytime I played in UT connewitz was magical. But I can find positive aspects in most gigs.

Sebastian:
I play drums and combine that with electronics. My best experiences were with *Wooden Peak as the support band of Tortoise and at the Fusion Festival with a lot of nice people and great mood.

Very important. We need and want to be able to record ideas quickly and appreciate very flexible mobile professional recording equipment. On the other hand, we also like to produce in our studio where we value a good listening situation and natural recording quality. Without this technology, many new ways and ideas would not be possible in a foreseeable time. Although technology is not necessary to our creative process, it can be inspiring of course.

Sebastian:
I have an older sister. She sees me very differently from outsiders in my work and as part of my family. I don’t think she understands everything I do because it’s certainly hard to distinguish among all the things I do or where I’m involved. We also don’t really talk much about our work when we see each other. It often helps to read about it.
So she likes to read articles about my work or even interviews maybe this one.

Markus:
My brother is always very interested in what I do, although I think it’s impossible to fully understand what I do from an outside view. 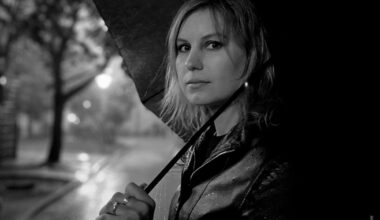