Basque artist Elena Setién shapes the ethereal into immediate on the stunningly pristine songs of Unfamiliar Minds. Her command of melody and resolute voice are complemented by lush arrangements that surround the listener in a world of intimate beauty. Setién is an accomplished multi-instrumentalist, collaborator and improviser, having worked with artists like Mary Lattimore and Steve Gunn as well as composing for film and television. On Unfamiliar Minds, Setién reflects on isolation, confusion and harnesses uncertainty with optimism on ten ghostly wonders that capture ineffable feelings in radiant detail.

After completing her Basque language album Mirande in collaboration with composer Xabier Erikizia (released on Forbidden Colors in October of 2020), Setién began composing Unfamiliar Minds during the height of lockdown, starting with songs she had begun in pre-pandemic times. As days turned to months Setién grew disconnected from the incomplete pieces made in a different reality. The paralyzing tension of those disorienting early months eventually gave way to new inspiration. Romantic poetry by Emily Dickinson served as a refuge and a springboard for Setién to ground herself in writing new songs in English. She drew inspiration from conversations with composers Gyan and Terry Riley as well as her collaboration with Xabier Erkizia for the Basque television series Altsasu. Erkizia and Setién extended their remote collaborations beyond the series as the two began focusing on their own reconfigured sense of mood and perspective after a year of so much pain and drastic change.

2. lived in London, Barcelona and Copenhagen

3. now based in San Sebastián

I think, the biggest inspiration is everything that moves me: it can be music or other artforms or nature or a special atmosphere…

There was always music at home, my mum being a guitar teacher. One of my first memories with music is having invented a melody by the piano and begging my mum to write it down so I wouldn’t forget it.

My good friend Johanna Borchert and having known the city with her: lucky to get to know a place with some one born in that place. Berlín is open and beautiful I love there are so many trees and that young artists seem to thrive there.

Definately the Concha beach- the bay is magnificent from where ever you look at it. The sea is definately my favourite and one of the reasons I cama back to my hometown.

Wow- what a question….. I’d probably write poetry or work as a psychologist bit I can’t imagine a world without music… there’s always music!

The Rite of Spring at The Royal Festival Hall in London. It was so strong I recognized that version within seconds on the radio in Spain a few months later: turned out it had been recorded and was being played there and then..

Much more important than I’d like to: I play digital instruments and record myself with my computer so I’m really dependent on technology… sometimes it’s great just to make music with an acoustic instrument and voice… but then again it’s really great to be able to record it and not have to beg my mum to write it down with musical notation as I did as a child

I have a wonderful sister, Beatriz Setien, who is a conceptual artist and also loves my work. I’m really lucky! 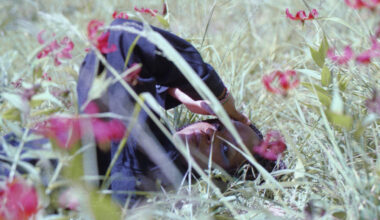 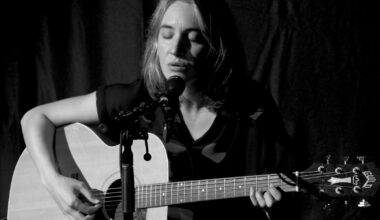