“This unique improvising quartet (…) continues to fine-tune its artistic concept with a rare sense of accord, and shared responsibilities.” (ECM Records)

The group’s idiosyncratic inhabitants form unusual combinations of airy, wooden, metallic sounds, prepared strings and tampered drum heads. Their world of sounds and the fine sense of communication, lead to collective playing and spontaneous group-composing named to be in a “class of its own”. Their music moves gently but steadily ahead on broad planes of sound. The dynamic textural sceneries evolve as Dans les arbres harnesses its wealth of unorthodox extended techniques.

Since the recording of their first album in 2006, Dans les arbres has performed more than 150 concerts around the globe. The two releases on ECM Records and one on Hubro – the self-titled debut Dans Les Arbres (2008), Canopée (2012) and Phosphorescence (2017) have received praise from reviewers and audiences alike. In October 2019 the group’s fourth album Volatil was released on the label SOFA. Dans les arbres was nominated for the prestigious Nordic Music Prize 2015.

Dans les arbres have performed with guest musicians such as Yumiko Tanaka, Otomo Yoshihide, Jim O ́Rourke, the Norwegian duo Vilde & Inga and The Norwegian Wind Ensemble. Together with singers and Oslo Sinfonietta they performed the piece About Nature by Henrik Hellstenius at the Oslo Opera House in 2015.

Railroad Concrète duo started by Heidrun Schramm and JD Zazie in 2017, based on actual train sounds taken from their personal field recording’s archive. Fascinated by these sounds, that accompany their daily life, the duo plays with train noises, inner resonances, sonic landmarks, signals, social sounds and train station’s acoustic qualities. Railroad Concrète constantly develops the collected sound material in its compositions and sound installations, where the sound sources range from the concrete to the abstract, in perfect symbiosis. The project has been presented in Belgium and in Germany and has been part Q-O2 art-residency program in 2018. 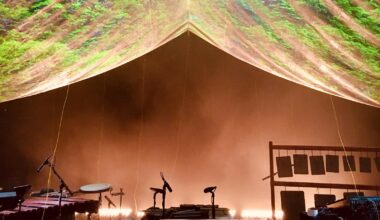 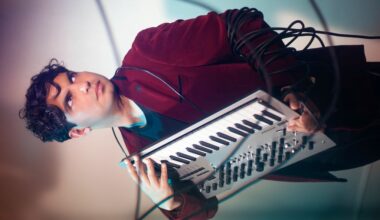