These composers have much in common, beginning with their approaches to time and the deep concentration and immersion inherent in their music. Thus it is only logical to program them together. Although the curators of the contemporary music series Kontraklang and the CTM Festival come to these composers from different angles, this cooperation represents an intersection of their interests.

As a composer in the GDR whom John Cage respected and who, like Cage, wished to free sounds from intentionality and social semantics, Jakob Ullmann was perpetually in conflict with the system. After having various teaching positions in the subjects of medieval and contemporary music in the GDR, the conscientious objector to the National People’s Army (NVA) obtained a position at the Basel conservatory. Ullmann’s quiet music gives listeners the oppostunity to listen more and better. His scores are background texts, which must be unraveled; they often suggest a palimpsest whose layers have been rubbed out or overwritten and require an intense reading on the part of performers.

As one of the first German composers involved with minimalism, Ernstalbrecht Stiebler belongs to the pioneers of reductive, repetitive, sound-oriented music. Stiebler’s compositional works are noteworthy above all for their concentration of resources, sound spaces in which single tones blossom and intertwine. Stiebler studied composition and piano at the Hamburg conservatory, is a member of the Akademie der Künste Berlin, and has received many prizes. The 2013 CTM Festival dedicated an evening to his music, and the Berlin record label m=minimal has released a number of his pieces, steps toward developing a new and wider reception of his work.

The 150-year-old underground water reservoirs in Berlin Prenzlauer Berg are a unique industrial landmark in Europe. The larger…
0 Shares
0
0 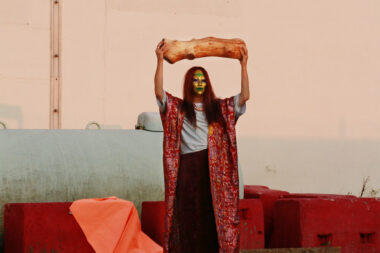 We are happy to present our first musical project in Brandenburg. Just north-east of Berlin, by the gates…
1 Shares
1
0
Back to top