As a release concert for his excellent new album Operation Schönheit on Fun In The Church, Chris Imler will play at SO36 in June. With support from Felix Kubin and the Cobra Killer DJ team, this sure to be a great night.

Chris Imler likes to play drums standing up. He‘s the dandy with the killer offbeat, or, as one major German newspaper once put it, the “Grand Seigneur of the Berlin Underground”. He has been making his mark on countless Berlin musical affairs since long before the fall of the Wall, with The Golden Showers, Peaches, Oum Shatt, Driver &Driver, Die Türen, Jens Friebe, to name but a few. He has also been perfoming across Europe as a solo artist for the past decade.

In “Operation Schönheit” (German for “Operation Beauty”), he has recorded his most, well, beautiful album to date. But Benedikt Frey’s warm production subverts its own beauty with a multitude of clanking and ingling synth sounds, making the work very much about the cosmetic surgery it performs on itself. It’s all in the tradition of the more experimental and electronic side of post-punk in which Imler and his unique groove are rooted. It doesn’t take insider knowledge of Berlin’s post-punk underground to realise that that Imler groove consists of rhythm that sings, vocals that dance and a look that fits. 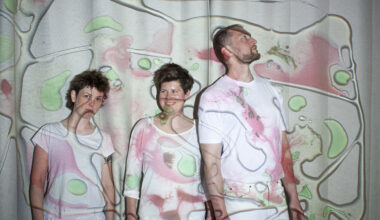 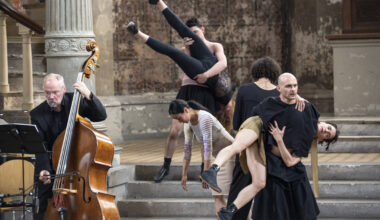