The past few years have seen Cate Le Bon emerge as a much lauded and sought-after collaborator, producing albums for contemporaries such as Deerhunter (Why Hasn’t Everything Already Disappeared?), John Grant (Boy from Michigan), and forthcoming albums from both Devendra Banhart and H. Hawkline. She’s not so much a gun for hire as a multi-faceted artist and producer who can both steer the ship and tap into a collective mindset; in 2019, she joined John Cale for a three-night live stretch in Paris, and 2021 will see a bass appearance on the track “If I Don’t Hear from You Tonight” from Courtney Barnett’s Things Take Time, Take Time. As Bradford Cox aptly notes about Le Bon, “there are artists who look inwards or outwards, and then there are the very rare ones who transcend either location.”

Pompeii, Cate Le Bon’s sixth full-length studio album and the follow up to 2019’s Mercury-nominated Reward, bears a storied title summoning apocalypse, but the metaphor eclipses any “dissection of immediacy,” says Le Bon. Not to downplay her nod to disorientation induced by double catastrophe — global pandemic plus climate emergency’s colliding eco-traumas resonate all too eerily. “What would be your last gesture?” she asks. But just as Vesuvius remains active, Pompeii reaches past the current crises to tap into what Le Bon calls “an economy of time warp” where life roils, bubbles, wrinkles, melts, hardens, and reconfigures unpredictably, like lava—or sound, rather. Like she says in the opener, “Dirt on the Bed,” Sound doesn’t go away / In habitual silence / It reinvents the surface / Of everything you touch. 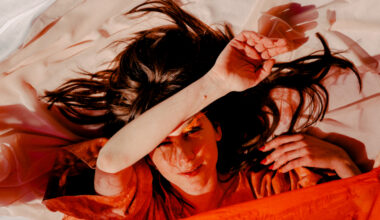 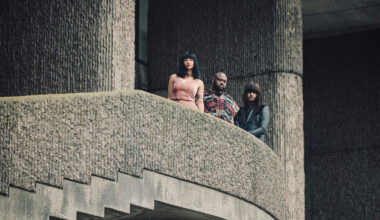