He has three brains, a thousand lives, past or parallel, and his name is Borja Flames. Spanish, Parisian, Burgundian, cosmonaut, we don’t know anymore. His head is that of a pope, a king, a lion, a faun or a melancholic centaur. He is well dressed, with pot holes and beard : Merovingian. We knew him in June and Jim of which he was the southern face (the northern hemisphere being Marion Cousin), a duo recently transfigured under the name of Catalina Matorral, real electronic pastoral. We saw him reshuffle his cards for the first time in 2016 with Nacer Blanco, the first album under his name, whose tipsy clocks, totems like the Tower of Pisa and bony madrigals evoked Moondog, Robert Wyatt and the Postman Cheval, one inside the other, helter-skelter.

1. Reality sucks, most of the human social and economic systems suck too.

2. Trees, plants, mushrooms and some animals are way more intelligent than humans.

3. Music is inexhaustible. Possibilities are endless. Music (as nature, as other forms of art) can lead us to imagine a new world.

My biggest inspiration is the music written or played by others. Concerning the lyrics of the songs, I’m inspired by the vegetable and animal worlds, the cosmos, the unexplained and the observation of the systems we live in.

I got into music around the age of 15. I was playing a small role in a theatre play in the school, and the director proposed me to sing a song on stage. I had never played or singed before. When we did the performance, I felt something that I had never felt before. Time stopped, outer reality disappeared, energy in the space got highly condensed, and the fact of giving and receiving emotions to and from the audience, and giving life to an ethereal, untouchable, abstract object emerging from my body producing air vibrations, made a very intense experience. I realised it was the kind of experience and state in which I would like to live all the time. So, after that, I managed to buy a guitar and started learning and playing with different bands. Then I studied piano, composition, and have been changing tools over the years as I myself was changing.

Very difficult to choose five albums, and sometimes it’s more isolated songs than whole albums that got me subjugated, that even changed me. But some of the records that are close to perfection for me, and that I keep listening after years passing by, could be :

I could add some of Moondog, Bach’s Cantatas, Ocora’s label collection, Sublime Frequencies releases or anything from Arthur Russel or Robert Ashley.

I’ve not been in Berlin as much as I’d like, but I can say I always met open-minded and relaxed people. And that underground culture (regarding design, painting and music) over the decades has been a powerful towerlight for me, a source of nourishment.

I left Paris sometime ago after living there for 12 years. I don’t like cities very much anymore. Now I live in very small village. In Paris, I used to like very much my district, Belleville, its richness of cultures, sub-underground venues, and very interesting and affordable places to eat.

I would paint, what I’ve been doing for a long time, and still do sometimes. Painting is like doing music, it is music as well.

The Dreaming by Kate Bush and Diamond Life by Sade. Two very interesting and charming oldies.

Many of my friends that I admire in the french music scene. By the moment, I’d like to keep on working with my partner Marion Cousin in our new duet Catalina Matorral, and keep on working with Èlg, as we started writing songs together some years ago. In the contemporary international scene, I love the work of Ben Lamar Gay, no doubt it could be very interesting to collaborate with him. Also with Rosalía, it could be fun, I guess…

As a performer it was at the french festival Baignade Interdite with my previous band, and with my former group at Visions Festival. As a spectator I’ve been in so many gigs in different moments of my life, I can’t just pick one. Perhaps The Beastie Boys in the 90’s, as well a Spanish band called Manta Ray. In the short past, some gigs I remember now that impressed me are : Marion Cousin & Kaumwald, Antoine Loyer, Èlg, Eric Chenaux… I can’t say there is a single best gig anyway, as music is so different in each case.

Very important. I don’t play one precise instrument. I love to create architectures with acoustic and electronic instruments on my computer when I compose, more than to play an instrument and sing along. Also, with technology (synthesizers, effects,…) we can reach sounds that are difficult to imagine. We can also start sound processes without controlling everything, without controlling what is going to happen, and that’s quite exciting.

I do have a sister and a brother. They admire my consistency and love of doing music over the years. They appreciate my music but it’s not the type of music they listen to. They don’t listen to much music anyway. 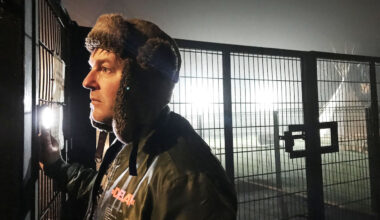 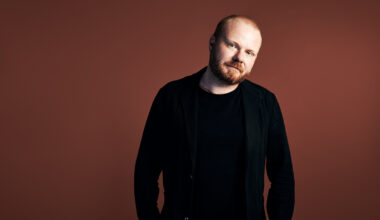