Berlin-based Susie Asado moves bare-boned and mischieviously in the sonic ether somewhere between the alternate realities of Tom Waits and Patti Smith. At the heart of the band is Josepha Conrad, who fills the silences in the minimalist arrangements of bass, ukulele, violin and clarinet with her wry, intelligent lyrics. Susie Asado brings levity to their darkness and depth to their playfulness, existing at the point where avant garde meets folk and poetry meets pop. Susie Asado’s new album “State of Undress” was released on the 21st of August 2015.

In the Susie Asado bio, Conrad writes: “Susie Asado started in February 2007. I was terrified of performing by myself, or revealing what a lousy musician I am without my brother next to me making everything sound good. So I challenged myself to do something on my own. Two fellow women musicians: SkirtandMusic for your Heartinvited me to do a show with them at Antje Öklesund in Berlin and it seemed like a good opportunity to make a fool of myself. To make sure that I would go through the night unscathed I dressed up as Susie Asado.”

In 2008 the German label lolila released the debut album “Hello Antenna”. It is about geography and love, about mothers and Mexico, about border patrol and borders and yes antenna. It is about listening to the universe, picking up on radio and sound waves, on stories and voices. And it is a calling out, a hello to the world to see if anyone is listening.” 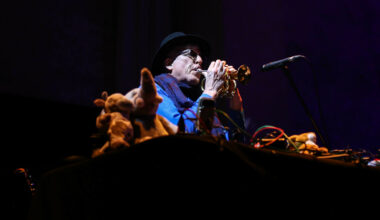