Eternally Frozen consists of a series of canon-based compositions for brass ensemble, percussion, and synthesizer by Andrea Belfi. The canon is an ancient compositional technique in which an initial melody is imitated at a specified time interval by one or more parts, creating illusionary never-ending musical journeys.

Eternally Frozen is inspired by the evocative image of the Deprong Mori, a mythological bat with the alleged ability to fly through solid matter by bending atoms by its natural skill of audio echolocation.
The myth suggests that one of these bats had been “eternally frozen” in a wall of solid lead in 1952 by the researcher of the Rockefeller University, Donald R. Griffith. This story is exhibited in a display at the Museum of Jurassic Technology in Los Angeles, an institution renowned for both speculative, fantastical reinforcement of mythology and playful and beguiling distortions of mysterious could-be truths.

Both the canon and the “frozen” Deprong Mori are man-made illusory simulations of eternity. Their attempt is to create mirages, where the insinuation of facts is more meaningful than the reality.

After many years of sonic explorations with percussion, drums, and electronics, Belfi is here projecting himself as a composer through the direction of a brass ensemble in the realization of these canonic works. There are evident echoes of the works of Arthur Russell, Miles Davis, Moondog, William Basinski, and the Italian soundtrack tradition of Ennio Morricone and Egisto Macchi.

The brass ensemble consists of Robin Hayward (Tuba), Henrik Munkeby Nørstebø (Trombone), Elena Kakailogu (French Horn). The three of them have a long list of prestigious collaborations in the experimental music world, including artists and composers such as Eliane Radigue, Ellen Arkbro, Phill Niblock. The project will be presented in Berlin on March 26th, 2022, at Callie’s, a forward-thinking art space where Andrea has been invited as an artist-in-residence.

Eternally Frozen is funded by Musikfonds. 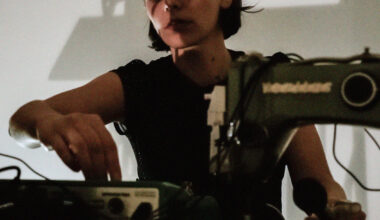 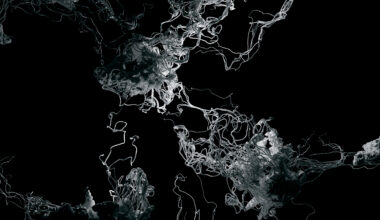