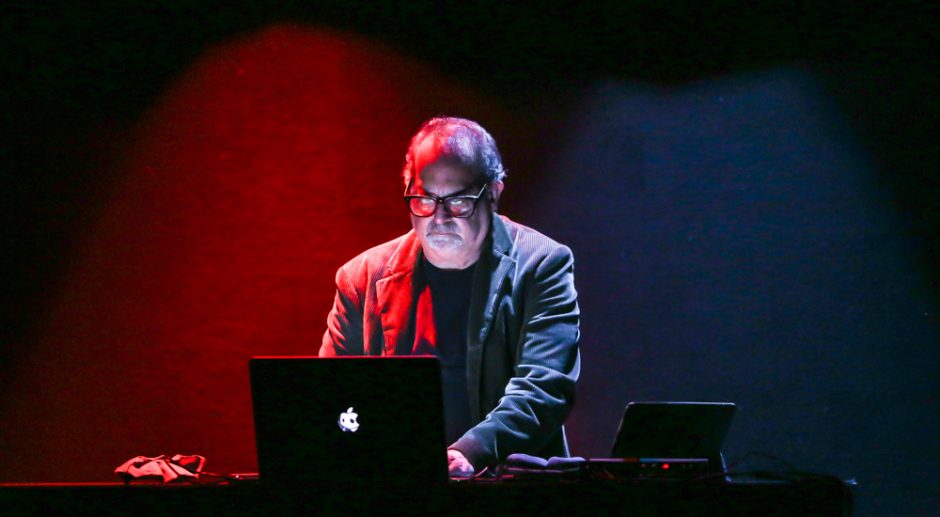 Carl Stone is one of the pioneers of live computer music, and has been hailed by the Village Voice as “the king of sampling.” and “one of the best composers living in (the USA) today.” He has used computers in live performance since 1986. Stone was born in Los Angeles and now divides his time between Los Angeles and Japan. He studied composition at the California Institute of the Arts with Morton Subotnick and James Tenney and has composed electro-acoustic music almost exclusively since 1972. His works have been performed in the U.S., Canada, Europe, Asia, Australia, South America and the Near East. In addition to his schedule of performance, composition and touring, he is on the faculty of the Department of Media Engineering at Chukyo University in Japan.

Born and raised in Paris, France, Ariel Kalma started playing the recorder and saxophone at a young age. During his successive studies of Electronics, Computer Science, Music and Art in Paris, Ariel toured the Europe, Japan, India, Eastern Canada, and parts of the USA. Apart from rhythm & blues, pop and jazz, he acquired assorted experiences in medieval French, electro-acoustic, and modal music. The travels broadened Ariel’s musical horizons tremendously; listening to and playing with different styles, people, and instruments, intricate scales, techniques, timing and rhythms.

After learning circular breathing from a snake charmer in India, Ariel practiced it on soprano sax. Returning to France in late ’76, Ariel included those sounds into his own long-delay-effect system. With his passion for recording and sound, Ariel always had a home studio and was also technical assistant at Paris’ GRM – Musical Research Group. Over three decades, Ariel Kalma published a long run of records and cassettes. His compositions have been used for modern dance-theatre, films, musical poetry, guided meditations, transformational groups and could be said to have contributed to the birth of musical genres such as minimal music, ambient and new age.

Ariadne is an A/V experimental sacred music duo comprised of Christine Papania (voice, electronics) and Benjamin Forest (electronics). With a focus on interspersing the ritualism of ancient spirituality and the secular iconography of the postmodern, Ariadne flawlessly bridge the two worlds through their intricate musical compositions, striking digital visuals, and captivating live performances.