You don’t really know me: Berlin is rich with local electronic music producers and DJs. Privately though not all of them are exclusively listening to electronic music or the kind of music they make themselves. So what else is inspiring them?

Once a month Monarch Berlin invites a producer, artist or DJ to play music he/she would usually not play in a club: music that informs the roots of their styles, obscure songs they love, guilty pleasures, analogue or digital, danceable or not.

Finnish artist Ville Haimala, aka Renaissance Man, has taken his music to an worldwide audience by releasing one album and several EP’s, remixing artist ranging from Sissy Nobby to P. Diddy, working together with people like Physical Therapy and Dan Bodan and touring everywhere from Tokyo to Montreal, Sydney to Taipei.

He now co-runs the label Black Ocean (www.black-ocean.net) which has released music from Soda Plains, M.E.S.H, N’bome, Initiative and RM. 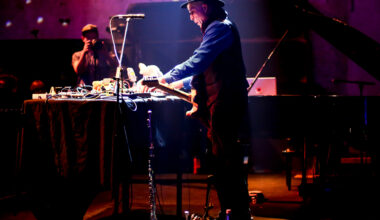 Bristol based group, Tara Clerkin Trio, is made up of Tara Clerkin and brothers Pat Benjamin and Sunny…
1 Shares
1
0