The passing of Tomaga’s Tom Relleen last year was met with great sadness at Digital in Berlin and across the music scene. He was a widely admired and respected musician and human being. In a press release this week, their Label Hands In The Dark said:

“It’s with great emotion that we released the album ‘Intimate Immensity’ by TOMAGA at the end of last month. We’ve been truly overwhelmed by the response and support we’ve received for this last, outstanding work by Tom Relleen and Valentina Magaletti. Also, we have ordered a third pressing, a limited edition of 300 copies of the album on white vinyl, due to phenomenal demand.”

We decided to reshare our 11plus3 interview we did with Tomaga back in 2015, as well as their new music video.

1. ​When a blackbird sings for 20 seconds its song includes the same amount of information as a two hundred page paperback novel.

3. A day in Mercury lasts approximately as long as 59 days on earth

What is the biggest inspiration for your music?

How and when did you get into making music?

We both starting playing in band s in our early twenties​ and collectively have played with dozens of different acts over the years. ​​Recently we have been performing classical pieces and learning to read music which is an interesting place to have reached after DIY beginnings, and years of improv, but it goes to show that from Crass to Terry Riley, its not such a long way!

What are your 5 favourite albums of all time?

What do you associate with Berlin?

Valentina: Berlin to me is a dark fascinating mix of the eastern and western culture, no other city has such strong personality entailing both different worlds.
Tom: staying up very very late.

What’s your favourite place in your town?

Tom: Victoria Park in London, by the lake, in the sunshine.
Valentina: I only recently visited the Pergamon in British Museum and nearly fainted. Incredible place!

If there was no music in the world, what would you do instead?

What was the last record you bought?

What was your best gig (as performer or spectator)?

How important is technology to your creative process?

We experiment with all instruments, devices or objects that we find in order to hear what sounds they make. We can make music with very little, acoustic or electric. But computers are very useful for recording!

Do you have siblings and how do they feel about your career?

Tom has one brother who loves TOMAGA music even though his life is ​totally ​separate form art and music.

TOMAGA is two musicians on a quest to deconstruct their normal sonic palette and create a new and unfamiliar sound world. Having played as musicians for years in band s such as The Oscillation, Shit N Shine, Neon Neon, Raime, Voice Of Seven Thunders, Luke Roberts and countless others, TOMAGA channels multi-instrumentalism into music that is by turns reminiscent of industrial, jazz, psychedelia and minimalism.

Rather than the complex, abstract sound that we might have expected to result from their totally unfettered musical explorations, the duo’s minimalist compositions are darkly psychedelic, elusive and deeply imbued with images – as though they have set some curiously unsettled, surreal dreams to music. After their first, self-produced cassette, Sleepy Jazz For Tired Cats, which was released in 2013, TOMAGA returns this autumn with their first album. ‘Futura Grotesk’ will be released on vinyl with the French label, Hand s in the Dark. 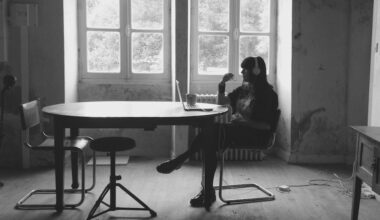 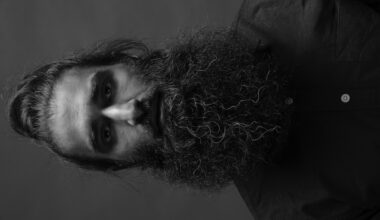 Hélène Vogelsinger is a french singer, composer and sound designer. In her modular synth project, she explores different…
2 Shares
1
1

Emerging from a long-term engagement with contemporary music the British, Berlin-based musician Lucy Railton is active as both…
0 Shares
0
0

Nadja is a duo of Aidan Baker (guitars/vocals/piano/woodwinds/drums) and Leah Buckareff (bass/vocals). Nadja began in 2003 as a solo…
0 Shares
0
0

New York City born, Carla Bozulich began her musical career in 1982 by contributing to an album by…
0 Shares
0
0