Born and raised in Berlin, THALA began performing music publicly in 2019 as a street musician, at open mic events and within some months was performing as support to some well known international artists and thus drawing the attention of many in the music industry. THALA combines a dreamy soundscape with thoughtful lyrics and brings back some retro vibes from the 70s mixed with 80/90s shoegaze and psych, drawing on influences from the likes of Mazzy Star, Beach House, Cigarettes After Sex and The Brian Jonestown Massacre.

1: If each and every single on of us would do someone a kindness every day, we’d be living in a better place.

2: You create your own reality.

3: I used to hate mushrooms, now I love them.

1. What is the biggest inspiration for your music?
I’ve gone through some pretty rough patches in my life – as everyone else has – and I don’t know, I guess I’m hoping, that somehow people can relate to what I write about and have to say. Because it’s things like love, happiness, disappointment, hate, insecurities that mess with us and our heads the most and to think, that you’re not alone at facing those those things, that sometimes turn out to be demons, is somewhat comforting, and so to get back to the answer of this question: I want to make people feel. Because some people have forgotten what it’s like to do so, and embrace it, and for me personally music has always been the best way of emotional release. Writing it, playing it or even just listening to it. An album can change your life I tell ya.

2. How and when did you get into making music?
How is a funny story and when is impossible to tell as it’s always been there. I am pretty sure, that the first time I sang, was to my mum’s Celine Dion ‘My Heart Will Go On’ CD, back then I must have been 6-years-old or something. Music has always done something to me that I was never able to explain. Had a certain pull. Even though I’ve never had training in anything, I never not wanted it to be a thing for me. I started teaching myself how to play the guitar only 3 years ago (am still shit haha hope it’s ok to say that here) and during that time I was living on the Canary Islands, living the beach dream life you could say. Then started writing songs slowly, became more confident with my guitar. When I returned to Berlin in November ’18, I quickly got into the open mic scene and fell in love with the stage and the feel of performing live but was working hard like a dog, 40-hour job plus a second one on the weekends. Sleep wasn’t really a thing back then. Lived as a street musician for a little while after I cut loose all of the old jobs. I went in saying ‘All or Nothing’ and than magically ran into the people that are working with me today (I do not believe in coincidences).

3. What are 5 of your favourite albums of all time?
Beach House – Depression Cherry
Mazzy Star – So Tonight That I Might See
Beach Fossils – Summersault
Holy Wave – Relax
Dayglow – Fuzzybrain

4. What do you associate with Berlin?
I associate pure freedom and individuality with Berlin but strongly believe, that we are the ones who are creating it. Not the old buildings and trendy places to sip your coffees at (they might play a part though). Berlin is a place of art and no-fucks-given, a place many want to call home because here you can re-invent yourself and be whoever you wanna be.

5. What’s your favourite place in your town?
My favorite place is a little lake, that is very near to my house and it’s very idyllic. Love to go there alone, with some friends, swing, think, read, play my guitar, soak in some sun. And during winter I basically become my bed.

6. If there was no music in the world, what would you do instead?
I think I wouldn’t wanna live in a world like that.

7. What was the last record/music you bought?
I bought a super old Fleetwood Mac record a few months ago, a limited edition thing and it didn’t even work.

8. Who would you most like to collaborate with?
I would LOVE to write something with Beach House, Phoebe Bridgers or Sharon Van Etten.

9. What was your best gig (as performer or spectator)?
Ohhh I gotta go with Foo Fighters. First Festival I ever visited, it was raining loads and we were in the first line. INSANE.

10. How important is technology to your creative process?
It is definitely a thing that I enjoy working with just as much as analog gear. There might be that one synth, that you’ll only gonna find with that one midi. The world of sounds is so amazing and interesting. I feel like a kid at a toy store when I’m at the studio.

Born and raised in Berlin, THALA began performing music publicly in 2019 as a street musician, at open mic events and within some months was performing as support to some well known international artists and thus drawing the attention of many in the music industry. THALA combines a dreamy soundscape with thoughtful lyrics and brings back some retro vibes from the 70s mixed with 80/90s shoegaze and psych, drawing on influences from the likes of Mazzy Star, Beach House, Cigarettes After Sex and The Brian Jonestown Massacre.

THALA came to the attention of Berlin label Duchess Box Records who were quick and ready to want to work with her. ‘Serenade’ is the first single from her forthcoming debut album. The track was produced by Michael Kümper who she has a musical partnership which has created the perfect balance between her songwriting and his production to create these dreamy recordings.

THALA elaborates: “Serenade was written during my stay in the Canaries after I’ve witnessed multiple people pretending to be happy living the ‘forever beach-life’ as an endless cycle even though clearly they weren’t. Most of them were stuck. Back then I was working as a waitress at a bar and everything was very superficial. Life was about being seen rather than being appreciated for who you might be. I guess that’s one of the ‘darker sides’ to a perfect get away that never ends.” 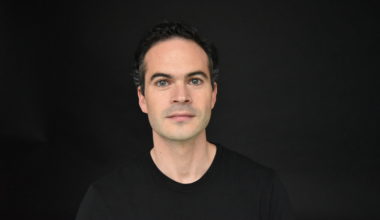 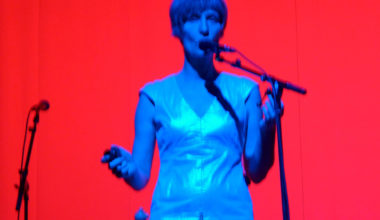