With their ecstatically charged blend of 70’s Psychedelic, Cumbia, Afro-Beat and funk Takeshi’s Cashew hit the stage at Urban Spree this April for another of energetic performance.

Go to your record shelf and pick out that quirky (and unforgettable!) folklore vinyl you once found on a fleamarket somewhere on your travels. And now imagine that sound being complemented by vintage synthesizers, flutes, twangy surf guitars, a hell lot of space echo … & electronic downtempo beats!Takeshi’s Cashew (Laut&Luise, Berlin) are a newly formed psych-funk group that explore the boundaries of club culture, world music & 70’s psychedelia.

All coming from different musical directions, they create a colorful fusion of their respective genres embedded in a club-like beat framework and elevate their often complex arrangements to a beautiful & danceable potpourri.During summer 2020 Takeshi’s Cashew recorded their debut album “Humans In A Pool” in their tiny diy-studio in Vienna. This self produced record will take you on a journey into cosmic krautrock, cumbia, afrobeat & disco, which can only be surpassed by one of their live performances. 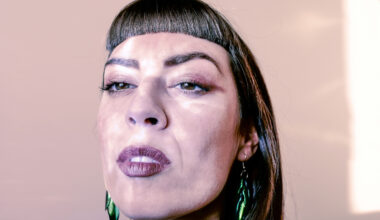