Staffan Bråsjö, is a pianist, organist, composer and choir conductor educated at the Academy of Music and drama, University of Gothenburg and Royal College of Music, Stockholm. Jazz pianist by trade, Staffan equally dwells in the counterpoint of Bach, and conducts Enskede-Årsta boys choir. Has recorded several albums with the groups Into the Wild, Daniel Onyango, Tobias Andersson among others.

Staffan Bråsjö recently released Stratosfär (Stratosphere) as a debuting band-leader. The Stratosphere is the atmospheric layer ranging from an altitude of 15 km to 50 km, encircled by the Troposphere and Mesosphere. The stratosphere is characterized by temperatures rising by altitude. Just like its meteorological counterpart, Stratosphere is a musical boundary layer.

The music is laboriously composed by Staffan Bråsjö, and arranged as wore it for a group of chamber musicians. Nevertheless, the music is executed by some of Sweden’s most interesting contemporary jazz musicians, who with their unmistakably personal touch bring life to the written score.

1. Climate change can mess this world up terribly within our lifetime.

2. I can’t believe why everyone seems so indifferent about this.

3. We should consecrate our lives to this issue, but we are not.

When I hear something in music that is new to me, that I cannot categorize within that I already know. This sparks a strong passion to discover what this something is, and to make it part of my musical vocabulary. Often, it’s some form of harmonic concept.

When I was a kid and throughout high-school I was the typical not-so-motivated piano and guitar student. It wasn’t until my late teens that something really set fire to me. I realized there was a whole musical universe beyond the pop bands I listened to, and I wanted to dive into this universe and explore it.

Being a 17-year old interrail-kid, on the lookout for a beer and a hostel. That was my first acquaintance with the city, and it has stuck with me since.

Stockholm, Sweden is my hometown, so I would say Nackareservatet, the forest reserve next to where I live. Nature is vital to me, a source of both recovery and inspiration.

I feel we all face a tough choice to do with our time which is short and long at the same time. Sometimes I feel I want to be a politician and make the world a better place, but I’m both restless and a terrible decision-taker, so it’s probably a better idea to stay with music.

Dancing Spirits by Naoko Sakata
Romantic solo piano improvisations by a Japanese-Swedish piano sorcerer. This album just makes me want to fly off to the piano and improvise. It sounds so completely natural and effortless, but at the same time she performs music that could have been composed.

For the time being, I want to deepen the musical and personal relationship I have with my bandmates Josefin Runsteen (violin) and Vilhelm Bromander (double bass). In our first collaboration on the album Stratosfär I feel we only just scratched the surface of what’s possible to create together. Making music with people with whom I’m at ease with both personally and musically is the most important prerequisite for me.

It’s always a great pleasure to play with my friend Daniel Onyango, a Kenyan musician who plays an instrument called the Nyatiti. Playing with Daniel is like listening to a concert while being on stage at the same time. Daniel is a great musical story-teller and my role is just to be there and listen, and sometimes add a couple of words to his story.

I’m a technology skeptic. I often feel the availability of technology is more of distraction than of aid to me. I am the most productive when I stay far away from my phone and computer for a longer time… (that only means a couple of hours, and way too seldom, but it’s tricky not to get distracted by them). Still, I think it’s great to be able to use software such as Sibelius to write scores, or Logic to make simple demo recordings. But wouldn’t mind living without it!

I have two older sisters. None of them are particularly into art or music. They have always been supportive about the fact that I have chosen a more artistic career than the rest of my family. I’m thankful for the support of my family, but for advice I usually have to look further away for people who have experience of artistic matters. 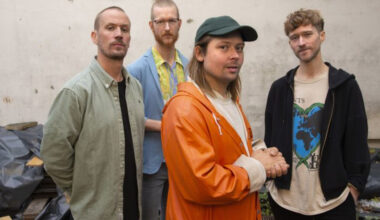 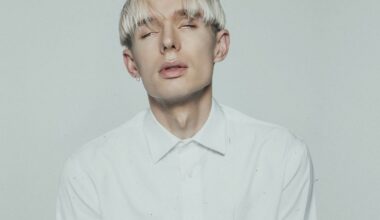