Since 2013 Berlin based Japanese artist Seiji Morimoto has been taking pictures of Braun tube televisions (cathode-ray tube, CRT televisions) that are everywhere on the streets of Berlin. Many of them are thrown out even though they are still working.

He started taking pictures of the abandoned televisions with his cell phone with a mix of feelings of gratitude, praise and condolence for this vanishing, long-serving and faithful technology. In this exhibition Morimoto shows a sound-video installation with several CRT televisions, using image sequences in which hundreds of photographs of CRT televisions, accompanied by a live scan of the changing electron beam-tube noises. 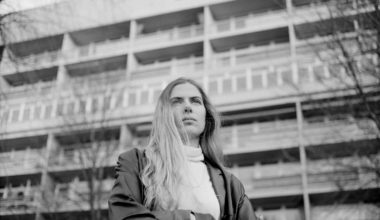 Out of the realms of clubs and festivals and into an intimate concert setting, Be Svendsen is crossing…
0 Shares
0
0
Back to top