Since the release of his debut album back in 2010, Detroit born Zach Saginaw has spent the subsequent years displaying a dizzying array of music styles and interests, as well as continuing his mission to imprint his own world of music, art and social development on his surrounds. A musician who works across electronica, house, hip hop, jazz and funk – all musical forms rooted in his home city – he has spent the last few years distilling these sounds into a new series of recordings.

Last seen musically in 2015 with the release of the ‘Intermission’ EP, which he described as a collection of songs that “point to the past, present, and future”, Shigeto has since then been working on a multitude of projects that include working on a new live ensemble arrangement, playing electronics in a jazz quartet, recording with Detroit rappers, and building a new studio – all things that are set to see the light of day in 2017. Two years prior to the ‘Intermission’ EP, Shigeto released his second full-length, ‘No Better Time Than Now’ in 2013, which was also his second album on the Ann Arbor based Ghostly International record label.

The music of Shigeto, has always been deeply rooted in his personal history. His debut EPs ‘Semi-Circle’ and ‘What We Held Onto’ explored his grandmother’s experience from a US internment camp through ambient, beat driven tracks, nostalgic melodies and spliced vocal samples, including his grandmother’s vocals.

His debut album ‘Full Circle’ became a culmination of these EPs and further refinement of obsessive field recording and meticulous percussion, creating lush, sumptuous instrumental hip-hop. 2012’s sophomore album ‘Lineage’ was a musical journey through his heritage combined with the sounds of jazz, hip-hop, funk and folk. The cover of his great grandfather’s house in Hiroshima even adorned the Lineage artwork. 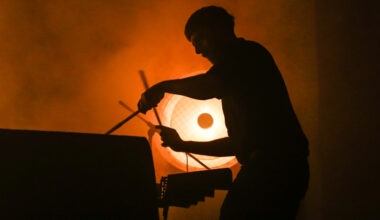