Schneider TM is the multidimensional music project of Dirk Dresselhaus which has been operating since the mid 90’s. His latest opus is also his first for release for Editions Mego.

With an extensive catalogue under his belt, one may wonder where this one takes us? The 8 of Space orbits the realm of “pop” more overtly than the project has done for 14 years, residing in the line of works that temporarily ended with “Skoda Mluvit“ from 2006. In the age of scattered streaming listening habits The 8 Of Space champions the classic album format with connected tracks that act like chapters adding up to what could be framed as an ‘audio-movie’. The ‘plot’ revolves around a post-dystopian landscape which posits the make up of reality in the future.

The new Schneider TM album The 8 Of Space out as LP/CD/Digital on Editions Mego on April 9th 2021. Check out the official video-remix by Edward Paul Quist (embryoroom) for “Bot (With A Soul)”:

1. “It does not matter how slowly you go as long as you do not stop.” (Confucius)

1. What is the biggest inspiration for your music?
Events that trigger metaphysical processes inside of me that eventually find their way back to the outside world in the form of music & poetry. These triggers can be absolutely anything..

2. How and when did you get into making music?
When i was around the age of 2, i was banging on a tin bathtub with wooden cooking spoons in my grandparent’s garden, i guess that’s what started it.

3. What are 5 of your favourite works of all time?

Daniel Johnston, Hi, How Are You ? / Yip Jump Music, 3xLP

4. What do you associate with Berlin?
Ups & downs and the need to have a post-pandemic physical social & cultural life again.

5. What’s your favourite place in your town?
At this moment, besides any spot of nature like several parks, forrests or gardens, it is my studio, which keeps me busy and inspired in lockdown times. Once in a while there is another human being popping by, which is a welcome little trace of extended social life besides family.

6. If there was no music in the world, what would you do instead?
Writing, photography, surfing the waves of fate with the hope of something surprising and useful (for me and others) to happen.

9. What was your best gig (as performer or spectator)?
Performer: Schneider TM at Astropolis Festival 2001, Brest France w/ Suicide and some other shows between 1998 and 2008 that we played around the world but that i hardly remember because of…

Spectator: Neil Young & Crazy Horse, 27 jun 1996 at Roskildefestival, Roskilde Denmark…just to name one of many.

10. How important is technology to your creative process?
0-70 % depending on the music that i am working on. Sometimes 0% when it’s only happening in my mind, sometimes 70% when machine-magic is happening and i just have to use my ears & instincts to decide what to nail down.

11. Do you have siblings and how do they feel about your career/art?
I have a younger sister who came to a couple of shows in the UK when she lived in London and i toured there. Although she’s is not so deeply into the arts she seemed to enjoy the music. Some years back she, her husband & son sang background vocals on one of the songs of my band LOCUST FUDGE which was released on the album “Oscillation” in 2018. I was quite surprised by her beautiful voice which i had never really heard singing before.

The lyrics are a key component. Holistic, associative poetry acts as interactive trigger points for the mechanisms of existence in times of a paradigm shift that are open to the listeners discretion. Autobiographical elements combine with science fiction and dreams, protagonists shift where the ‘I’ or ‘me’ is not necessarily the voice of the artist, nor even the same person. Alongside a more naturalised voice another protagonist appears represented by a processed voice. This character, named iBot, evolved around the start of the millennium and has appeared on some previous Schneider TM recordings. It can be seen as a post-human, or even a trans-human character, a combination of human & technology, uncertain of the future, which lends iBot it’s melancholic tone.

In the opening song “Light & Grace“ iBot appears in an advanced form of AI, which managed to hack & hijack a commercial space travel program (eg, Virgin Galactic) to invite those rich, who profited most from the destruction of planet earth, for a holiday trip into space to unknowingly fly them directly into the middle of the sun. In this episode it seems to have developed higher ethics than humanity itself with ambition to save the planet with as much of its cooperative life as possible. “Light & Grace“ serves as an intro / opener for this album to be followed by 7 other tracks featuring different windows of consciousness represented by diverse characters & protagonists.

All the elements on The 8 of Space, the music, sounds, vocals and artwork fit together as a whole, creating a dazzling electro pop future questioning it’s own certainty. This is experimental electroacoustic pop music featuring glorious melodies dancing along human/machine voices, each track is a small universe that triggers the physical mind and tickles the subconsciousness. 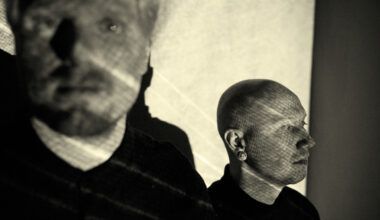 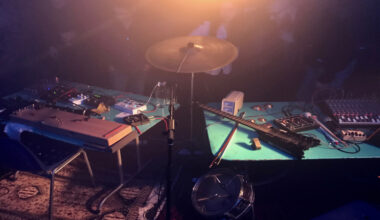 Digital in Berlin
Back to top
Manage Cookie Consent
We use cookies to optimize our website and our service.
Manage options Manage services Manage vendors Read more about these purposes
View preferences
{title} {title} {title}