Robot Koch teams up with visual artists Magnificent Matter and Monom Studios to present an immersive audiovisual experience in a new location in Berlin.

On the 26th of May, German composer and producer Robot Koch, together with visual artists Magnificent Matter invites listeners and spectators to experience the new album “The Next Billion Years (Foam and Sand Reworks) in an immersive audiovisual experience mixed in 4DSOUND by William Russell. This event will use this state-of-the-art spatial audio technology to produce an elevated deep listening experience. The visuals by Magnificent Matter dive into the microscopic details of natural textures which are a scientific and artistic representation of the theme of the album: “it´s both about the long-term future of our species, which is the macro view. But it’s also about the intimacy of the present moment, which is encapsulated as a zoomed-in micro view, both sonically and visually.”

Robot Koch’s recent album, The Next Billion Years, is as musically as it is philosophically ambitious. Inspired by a mysterious recording the German producer serendipitously came across of the 20th-century French explorer, Jacques-Yves Cousteau, the album imagines and gives sounds to a far distant future. It was this big-picture view that informed Robot’s decision to work with the grandeur of an orchestra and the famed Estonian conductor Kristjan Järvi on the album, opening up his electronic meditations to the Baltic Sea Philharmonic’s terrain of acoustic instruments and arrangements for the first time. The Next Billion Years turned out to be not only a highly emotive and existential sound journey but also incredibly poignant to the times we live in. The album also turned out to open many other doors for Robot as a musician, and upon completion, he decided to rework its music through new ‘Foam and Sand’ lenses.

Foam and Sand is Koch’s ambient soundscape and visual project that runs parallel to the composer’s eponymous releases. Inspired by his daily habit of meditation, the signature Foam, and Sand sound is created with loops that magnify the irregularities and imperfections of tape recordings and that are then shaped by the artist into hazy meditative journeys. For its Foam and Sand rework, Koch is somewhat reversing the conceptual nature of The Next Billion Years. Instead of the epic arrangements used on the album, these compositions are far more minimal, “more micro than macro”. In focusing on the imperfect subtleties that make-up vast and lush atmospheric soundscapes, Koch wants to open the listener’s ears to the infinite frequencies that make up a singular sound. It could be said that rather than looking imaginatively into the future, this music addresses the intimacy of the present. 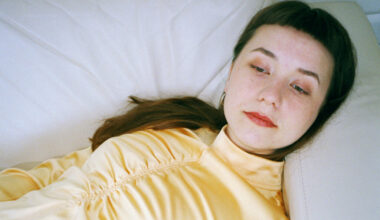