It is carefully curated by Brueder Selke, East Berlin-born, Potsdam-based, polyinstrumental composers Sebastian and Daniel Selke, who have become an insider tip as an award-winning cello-piano duo under their pseudonym CEEYS. Throughout the work that has come from this long-term collaboration between the two brothers who grew up on the other side of the Berlin Wall, the essential elements are encounter and exchange.

Coincidentally, the first edition of Q3A took place in the year that marked the centennial of the 1917 Russian Revolution. Unlike in 2018 and 2019, the artists in 2020 and 2021 took part by streaming cosy sets from their home studios. To mark the 1000th anniversary of the Basilica of the Holy Apostles in Cologne, Q3A 2021 also collaborated with the revived Ambient Festival with live stream concerts and presenting Hauschka and Alvin Lucier’s The Ever Present Orchestra along with a performance of their own at the Zionskirche in Berlin. Since its premiere in 2017, Q3A has hosted 121 artists from 27 countries like Laura Cannell, Andrea Belfi, James Heather, Midori Hirano, Echo Collective, Poppy Ackroyd, Masayoshi Fujita, Carlos Cipa, Aidan Baker, Hania Rani, Anne Müller, Mabe Fratti and Ale Hop.

2023 will feature analogue and virtual performances. Traditional playing techniques will be expanded upon; classical instrumentation will be combined with electronic. A visualization of the curators staging moving still lifes in Potsdam will also be screened, which will be scored live by some of the sets. The Q3A focuses less on headliners and sees itself as a complement to the local cultural scene. Thus the constellation of the artists is itself the highlight, bringing with it spontaneous, improvised collaborations with Brueder Selke.

From 2017 to 2022, Q3A partnered with fabrik in Schiffbauergasse, an art & culture quarter in Potsdam, and now moves to the Kesselhaus of the Waschhaus in the same complex. Brueder Selke is supported by international media partners, independent music initiatives, progressive record labels, custom instrument makers, underground radio stations, investigative art magazines, forward-thinking blogs, and alternative concert formats from around the world.

Q3A is part of Keychange, a global movement advocating for a sustainable music industry and gender equality led by the PRS Foundation and supported by the European Union’s Creative Europe program. Since 2018, it has received funding from the Brandenburg state capital Potsdam. 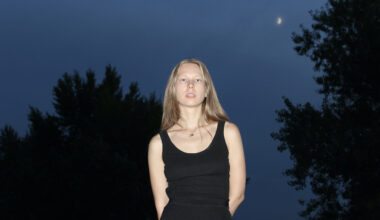 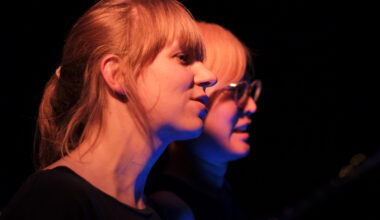