Pascal Schumacher studied classical percussion, jazz vibraphone and musicology at music conservatories in Luxembourg, Strasbourg, Brussels and The Hague. He holds a Master’s Degree in musicology from the Marc Bloch University in Strasbourg, and another in music with a focus on jazz vibraphone from the Koninklijk Conservatorium in The Hague. He has won many awards, including the Belgian Django d’Or (2005), Music:LX (2012), ECHO Jazz (2012), JTI Trier Jazz (2014), was selected for the Rising Stars program organized by the European Concert Hall Organization (2009 / 10) and appeared as soloist in ECHO Klassik 2017 awarded project Überbach. He played with many of exciting musicians such Francesco Tristano, Bachar Mar-Khalifé, Jef Neve, Kenny Barron & Magic Malik, wrote music for theater and film and leaded a jazz quartet. Today he mixes emotional classical music with minimal electronic sounds, although Schumacher himself considers each classification obsolete. To him, music is a single, limitless playground.

1. The Eames Lounge Chair + Ottoman is NOT overrated.
2. You can be a good person without being religious.
3. Even the worst Tatort has a value.

I am largely inspired by moments, situations, settings, and states of my mind that evoke all kinds of feelings inside me. And then there is always a first sound that determines in which direction a composition has to evolve.

I started playing in the local brass band when I was a kid, my father was the tuba player in that ensemble and I worked hard to become their drummer.

Henry Purcell: Fantasias for the Viols by HESPERION XX and Jordi Savall

The groove of that city!

The fields and the forests around my house. I love running and cycling in the fairytalish Luxembourgish countryside.

I’d most probably be an architect.

‘In a Silent Way’ by Miles Davis. I had it on CD but suddenly felt a serious desire to listen to this great album on vinyl. I especially like Side Two with the title track tributing Jimmy Hendrix. I love the ambient character of that music, largely influenced by the presence of Joe Zawinul. It’s super touching and inspiring to me.

I’d love to collaborate and compose a ballet music for Akram Khan!

More and more, but it is not essential. Really it depends on the kind of music I am working on.

I have a sister – I think she does not really like what I do, but she likes me and I feel she is a little proud of me. 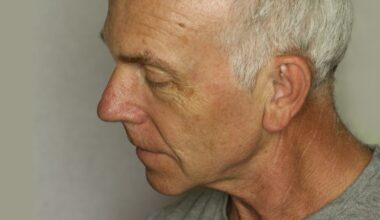