Otis Sandsjö, known for his physical, yet melancholic style of playing, has in recent years grown to become one of the more sought after young saxophonists on the European progressive jazz and pop circuit.

Berlin-based Sandjsö returned with his new album “Y-OTIS 2” on 24 July via Helsinki’s We Jazz Records. An inspired sequel to his 2018 debut ‘Y-OTIS’, the album takes the concept of beat-driven ‘liquid jazz’ created by Sandjsö and his close associate producer/bassist Petter Eldh (Koma Saxo) onto the next level. The lead track ‘Tremendoce’ is based on an infectious flute loop which features Swedish jazz greats Jonas Kullhammar and Per “Texas” Johansson. The core group also includes Dan Nicholls on keys and Tilo Weber on drums.

Sum distributed annually in the course of spouse splitting, in billion euros:

3: Percentage of the population who state that capitalism has to be replaced by another economic system, in:

1. What is the biggest inspiration for your music?
The musicians I work with who never look back, always push forwards. Their restless minds comfort my restless mind.

2. How and when did you get into making music?
Manically dancing to Iggy Pop’s ‘Lust for Life’ as a 2-year-old made me collect sticks from the woods and start drumming on EVERYTHING ALL THE TIME. My father reacted by building me a cake-can drum set and my life goal was set, becoming a drummer. A goal that’s actually achieved on the intro of ‚Koppom’, on this new album of mine. So, guess I can stop making music now…

3. What are 5 of your favourite albums of all time?
Well, here’s a few albums that, at that time, pulverized my idea of what a saxophone/clarinet can sound like:

4. What do you associate with Berlin?
You’re never far away from a crazy person in Berlin, in both meanings of the word. It’s a love/hate thing!

5. What’s your favourite place in your town?
Karpfenteich, the little lake outside our bedroom window. Has a horrible history as part of THE FIRST GERMAN COLONIAL EXHIBITION (1896) but is now a beautiful spot to lose track of your kid in the afternoon sun.

6. If there was no music in the world, what would you do instead?
Impossible. I’d have so much free space in my head that it would implode.

7. What was the last record/music you bought?
It kinda hurts to admit but I’ve more or less stopped buying music. I love how close all kinds of music feel in our streaming times, and I’m not a big fan of owning things in general. But it’s a complicated question, the Spotify dudes are some of the wealthiest in Sweden right now and still we, who create all the content (except their own shitty lounge piano fake artists), get paid close to nothing. That’s just good old capitalism trying to hide behind a hipster beard. (Wasn’t the hipster beard created by Marx anyhow?)

8. Who would you most like to collaborate with?
Why not a collab with Tyler, the Creator and Hermeto Pascoal?

9. What was your best gig (as performer or spectator)?
Being 15 at the Roskilde festival with 2 frozen margaritas in each hand while Salif Keita and his insane band played furious versions of the Moffou album was transcendental!

10. How important is technology to your creative process?
I’m amazed but mainly scared of modern technology. That’s why I work with Petter Eldh, he eats technology for breakfast.

11. Do you have siblings and how do they feel about your career/art?
My younger sister is very supportive, even though she’s been forced through tons of free jazz concerts at a way too early age.I hope she has enjoyed parts of it. 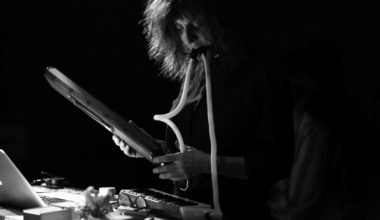