The 1st of 4 monthly Karlrecords concerts at arkaoda presents solo sets by MimiCof and Schneider TM.

Midori Hirano is a Japanese musician, composer and producer based in Berlin. She started learning the piano as a child and later studied classical piano at university. Therefore the music she releases under her own name is based on the use of piano, but yet experimental and an eclectic mixture of modern digital sounds with subtle electronic processing and field recordings.

Under the moniker MimiCof she explores the realm of more experimental music and detailed rhythmic patterns, combined with an idea of drawing melodic shapes and harmonies. As MimiCof she performed at prestigious festivals and events such as CTM, Heroines of Sound Festival, Boiler Room Berlin and L.E.V. Festival, and was selected by Frank Bretschneider for the first volume of the “Sichten” compilation series on his raster label.

Schneider TM is a multidimensional music project of Dirk Dresselhaus, named after his nickname Schneider, which oscillates extensively between adventurous electronic pop-music and experimental, sometimes improvised freeform music, while occasionally bringing these and other opposing elements together. Since the late 80’s, Dirk has been active in different musical fields. From 1989 until 1997 he played and sang in adventurous independent rock & pop bands like Hip Young Things and Locust Fudge (both on Glitterhouse Records) before he became more active in electronic music around 1996.

Schneider TM is responsible for a couple of experimental electro-freak-pop albums (on City Slang / Mute) including underground-hits like ‘Reality Check’, ‘Frogtoise’ and a cover version of a song by The Smiths called ‘The Light 3000’, a collaboration with Kptmichigan that was hugely acclaimed by the alternative media like John Peel, The Wire etc.. 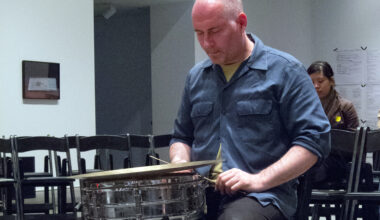