Memory Biwa is a historian, and artist. Her work addresses memorial and reparative processes in Namibia, which encompasses a wider discourse on restitution and reparations. Biwa’s focus on oral narratives and performance informs notions of subjectivity and the re-centering of alternative epistemologies and imaginaries. Robert Machiri is a sound artist and hoarder of sound-related objects. Machiri’s work exists at the juncture of two streams of practice; curatorial concepts founded through the notion of conviviality and art as pedagogy. Biwa and Robert Machiri form the duo, ‘Listening at Pungwe’, and are recipients of the 2021 DAAD Artists-in-Berlin program.

They will perform as part of the MaerzMusik concert series “Interpoiesis” in silent green’s Kuppelhalle on 20th March 2022.

1. Conviviality is not to be found in discursive grand-standing, it is in the feeling between persons, how deeply we rest together, and it is in sharing pallea.

2. This is the essence of being with, and being surrounded by the life-force

3. from this flows sound-making

Joy of listening to sound, movement, and its healing potential.

By being inspired by orality, and aurality through history research. We translated this work into a play-back and remix format.

Everything we listen to again, twice, is a favourite.

The hot springs which are a distant memory.

To imagine a world without sound, is to reinvent another world inside sound.

Someone gifted me a Joan Armatrading record, which is a record that reminded me of my aunt who recently passed on.

We just spent days with Llorenc Barber, and Monserrat Palacois in Valencia. Our ideas, vocabulary, and action about sound and
collaboration have expanded. So instead of saying who I want to collaborate with in the future. I would like to give thanks for the time spent with them.

Our last gig in Donaueschingen, where some audience members became performers, and blew on mini vuvuzela’s (plastic shell horns). And as a spectator in Berlin, Donna Kukama’s “History Book”, hosted by the curatorial collective, Nyabhingi Lab; and Jumoke Adeyanju screening talk on films by Zeinabu Irene Davis, and dj set at the Sounding Womanhood, by bi’bak.

Our idea of technology is the interaction of the body, with all instruments, and is at the heart of the creative process.

Our parents, siblings, cousins, aunts, and uncles are in full support of our work. 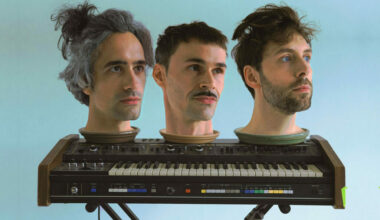