Mazen Kerbaj is a Lebanese comics author, visual artist, and musician born in Beirut in 1975.

Kerbaj is widely considered as one of the initiators and key players of the Lebanese free improvisation and experimental music scene. He is co-founder of Irtijal, an annual improvisation music festival and of Al Maslakh, the first label for experimental music in the region. As a trumpet player, whether in solo performances or with long-lasting groups like “A” Trio, Kerbaj pushes the boundaries of the instrument and continues to develop a personal sound and an innovative language. Since his move to Berlin in 2015, Mazen Kerbaj has developed several new projects in different fields, such as Borborygmus a theater play he co-wrote, directed and performed with Rabih Mroué and Lina Majdalanie; Synesthesia, a concept for a live graphic score for an improvising ensemble; and Walls Will Fall, a composition for 49 trumpets.

3. My admiration for the human being is only matched by my contempt for mankind.

I have no clue.

When I was around 18 years old, I used to listen to free jazz for whole nights with a friend guitar player. One night he told me: “I have a trumpet that I received as a birthday present. I barely use it. Do you want it?”

The best free improv scene in the world by far.
Tolerance and freedom (not on all levels fortunately).
Bad weather.
A lot of hipsters.

In Beirut (as in Berlin) my favourite place is my flat.

Sam Shalabi’s Bennu. It’s new. It is beautiful. It is by a dear friend and collaborator. It is dedicated to John Coltrane. Do yourself a favour and check it out on Bandcamp.

I never was able to name a best something (book, song, gig, artist, etc.). As soon as I think of a possibility, so many others start popping up in my mind. There is nothing worse than the best!

Not at all if I think of the instruments and techniques, I use to create my music or my visual work.
A lot if I think of the way I communicate my work to the audience (writing emails to promoters, finding my way to a gig, doing the mixing of an album, scanning drawings, designing a book or an album cover…)

I do have. A brother and a sister. I think that they like my visual art (way) more than my music. Many people have the same feeling, including my mother who still cannot believe I am paid to play the music I play. All this gives me doubt about my visual work sometimes. 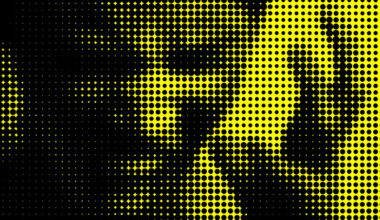 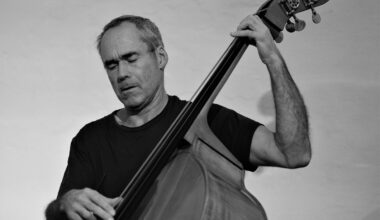