Based in Cologne he works as a freelance instrumentalist and composer in jazz and contemporary music. The focus of his work includes interdisciplinary projects in music, theatre, dance and video art with which he has performed in over 50 countries under the label Zeitkunst.

He uses a wide variety of playing setups: feeds of speech and soundscapes into the trombone, spatial expansion using external bells, interactive computer graphics as synaesthetic perception, or simply the pure, naked trombone. Muche received the WDR Jazz Prize 2021 in the category Improvisation and his works were nominated at the German Record Critics’ Award.

The trombone was my first choice, when I was 12. Starting in a church choir had a big influence on the way I listen. The overall sound of music was more important than particular elements. After my trombone study at the Amsterdam Conservatorium, I stepped into experimental music and attended Cologne’s Academy of Media Art, where I collaborated with computer musicians and visual artists, furthering my trombone research while connecting with “the digital aesthetic”. Acting more like being part of a multichannel installation. Distribution of different sound sources within a particular space has become very important for my work. Specially my new group BONECRUSHER, a 10 piece trombone ensemble plus 2 percussionists amplifies and expands these investigations.

Rehearsal space at Stollwerck next to Rhein river and the beaches in the south of Cologne.

Very Important and not. I consequently followed the vision of a true fusion of acoustic music, electronic music and computer graphics, understanding the musical instrument as an extension of the human body, to be stretched and developed, reconciled and reconfigured (Vinko Globokar) and above that using realtime generated computer graphics as synaesthetic space to extend the music. Creating my music is much influenced by parameters and aesthetics of this old and new technologies but that means NOT necessarily always using it. It could be only the idea of creating an installation, dealing with synthetic sound values, forms and structures or following a graphic score in mind… more in the sense of getting inspired by technology or finding hybrid situations resonating together in the same physical space or throwing everything away and just play the nacked horn.

No siblings but feeling “Geschwisterlichkeit” to many 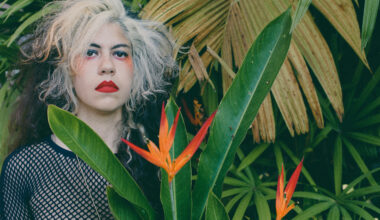 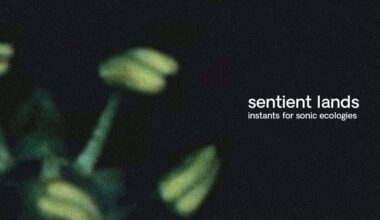