Cellist and composer Martina Bertoni started playing the cello at a very young age. Classically trained, her career further developed around experimental and film music, for which her cello has been featured in numerous records, works and soundtracks for films and series. After two EPs and her debut full length All The Ghosts Are Gone (2020), Bertoni joined the Karl roster where she released Music For Empty Flats in January 2021 to critical acclaim (a.o. one of the Top Ten drone albums of 2021 / Acloserlisten.com).

On her new album Hypnagogia she continues to explore the sonic possibilities of her cello which she uses as primary source for composition and sound processing through reverbs, feedbacks and sub-bass frequencies, thus crafting sonic sculptures, rich of atmospheres and frictions, fed by ambient as much as drone and modern composition.

Martina Bertoni is presenting her new Album “Hypnagogia”, along with hÄK/Danzeisen, this Sunday at arkaoda Berlin.

2. I am fascinated by Mathematics

3. I love cats and french pastry, Gilbert & George are probably my favourite artists

I was 6 and I saw an orchestra of kids playing at my school, I had my eyes glued on the little cellists.
Right after, I came home and I tormented my parents until they bought me a cello. That was the start.

It’s difficult to pick only 5, especially of all times…

A safe space, family, and the freedom to be what you want to be

Difficult to figure, probably I would work in a cat shelter.
Or I would be a pastry chef.

It was at Music Unlimited Festival in 1997, I was there to play a gig with David Shea, and in two days I got to see all my ‘avant-garde heroes’ of that time…Mick Harris, Thurston Moore, Zeena Parkins, Elliott Sharp. I was blown away and somehow I unconsciously decided that was definitely the music I wanted to play.

Technology for me is a liberation. I can explore countless possibilities and widen the complexity of what I can do. It’s a fun process and I love it. There’s so much to learn and use. And it’s very intriguing.
I am always very curious and interested in what happens next.

No siblings…I am an only child. My parents somehow always supported me even though they couldn’t really grasp the logic of what I was doing. 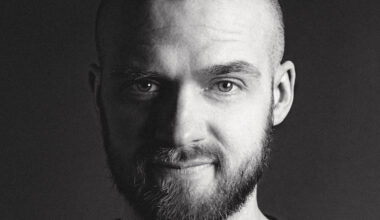 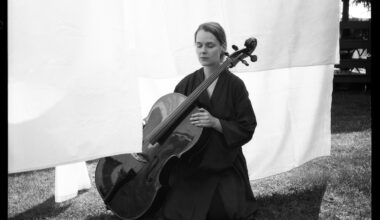