Marta De Pascalis is an Italian musician and sound-designer based in Berlin. Her solo works employ analog synthesis and a tape-loop system, whereby she creates patterns of repetition that shape a sense of a dense, dynamic and cathartic distance. Her sound touches a wide range of electronic music genres, such as ambient, Berlin school first excursions, psychedelic, and tape music.

She has produced three solo albums: the self-released Quitratue (2014), Anzar by the Touch-affiliated The Tapeworm imprint (2016), and Sonus Ruinae, released on September 2020 by experimental Berlin label Morphine Records. Her works also include sound installations, as the recent Glaring Sounds, a collaborative project together with visual artist Filippo Vogliazzo, presented in 2020 in the context of Una Boccata d’Arte, a joint collaborative effort between Galleria Continua and Threes Production.

Marta is performing as part of our 21 Sunsets along with Zinc & Copper and Golden Diskó Ship at Haus der Kulturen der Welt.

1: The Dolomites were islands at the equator.

2: The camels in Hasenheide have disappeared.

3: Nobody will ever do better than Autechre.

1. What is the biggest inspiration for your music?
Resistance in various aspects of life – from resistance against capitalism to the vortex of pessimism.

2. How and when did you get into making music?
When I discovered psychedelia.

3. What are 5 of your favourite albums of all time?
Hard question…
The Cure – Pornography (or Faith?)
Autechre – Oversteps (or LP5?)
Sonic Youth – Daydream Nation (or Experimental Jet Set, Trash a No Star?) Nico – Desertshore (or The Marble Index?)
Coil – Music to play in the dark (or The Ape of Naples?)

4. What do you associate with Berlin?
Bus M41.
The crowd outside the cheap supermarket on Sonnenalle.
The Sunset at Tempelhof.
The trees that I see changing every season by my windows.
Rats at Night.

5. What’s your favourite place in your town?
If we talk about Rome, the town where I’m from, then my favorite place is Piramide.

6. If there was no music in the world, what would you do instead?
Read, write, make wine.

7. What was the last record/music you bought?
Autechre NTS Sessions Box Set.

8. Who would you most like to collaborate with?
Kim Gordon, Roberta Wjm Andreucci.

9. What was your best gig (as performer or spectator)?
As spectator, Autechre at Conne Island in Leipzig in 2016. As performer, at Fela, a bar in little village on a lake in the North-East of Italy: an old guy walked in during the concert asking if it was somebody’s funeral, and then right after the set I saw a shooting star with my boyfriend.

10. How important is technology to your creative process?
Technology is important just to the executive process, In order to create something you just need your free mind I guess.

11. Do you have siblings and how do they feel about your career/art?
I have a sister, she came to see me live once… I know she appreciates more my collages artworks rather than my music, but she is supportive cause she knows how music is fundamental to me. 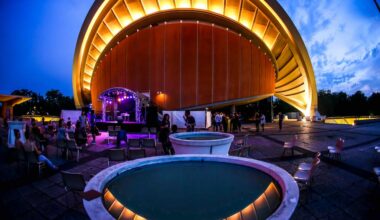 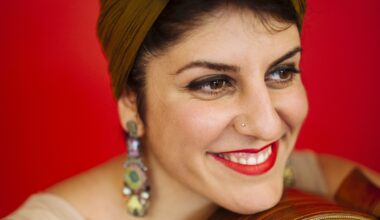