Digital in Berlin are happy to present two new videos from Mansur’s debut album ‘Karma’, out on Denovali. Mansur is the newly initiated project by Jason Köhnen (ex-The Kilimanjaro Darkjazz Ensemble) joined by Dimitry El-Demerdashi (ex-Phurpa) and introducing Martina Horváth on vocals. The sound of Mansur navigates between the waters of musical fantasy and reality – it morphs and blends traditional instrumentation with modern day electronica. Horváth, El-Demerdashi and Köhnen return to their otherworldly world-building with Karma. Mansur leads the listener into mystical and magical unknowns, that lie far past the realms of material perception. Check out ‘Pentatonic Ruins’ and ‘Limina’, as well as their answers to our 11+3 questionnaire.

As astronomer Carl Saga once wrote “Somewhere, something incredible is waiting to be known”. Universal lessons of life, brought by teachings and teachers of ages. Unimaginary worlds in all our capacities of being created. Mansur is the transformational vessel guiding you to these non-physical realms. The realms you seek are already there, its up to you to find them.

FACTS:
1: The great pyramid represents the earth’s northern hemisphere on a scale of 1:43,200.

2: Without the moon there would be no life on Earth.

1. What is the biggest inspiration for your music?
The unknown.

2. How and when did you get into making music?
I was probably around 14. A brief experience in a blues band and then switched to grindcore when I was 16, it kind of went downhill from there.

4. What do you associate with Berlin?
Club Mate. Smell of dawn. Grey skylines.

5. What’s your favourite place in your town?
The Surinam restaurant.

6. If there was no music in the world, what would you do instead?
Gardening. Probably the next magical thing to making music.

7. What was the last record/music you bought?
Mammal Hands – ‘Captured Spirits’.

8. Who would you most like to collaborate with?
Alive : Tigran Hamasyan
Dead : Ennio Morricone

9. What was your best gig (as performer or spectator)?
As a performer it must have been my first time at Glastonbury, performing prime time for 20k+ after Freq Nasty and before Adam F.

10. How important is technology to your creative process?
Its an absolute necessity. I am (unfortunately) fully dependent on technology to make the specific music that I make. I won’t be making an unplugged album in the near future.

11. Do you have siblings and how do they feel about your career/art?
I have an older brother. He is incredibly proud of my career, but he hates my music. Well, at least he’s honest. 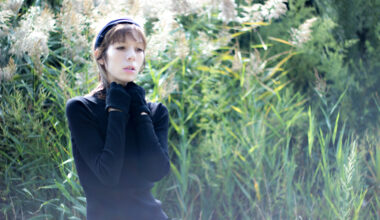