Levin Goes Lightly’s album “Neo Romantic” was created in 2014 in his room at the Wagenhallen, in Stuttgart, where the 25-year-old Levin lives and works. As a descendant from Stuttgart’s art and music scene, he is a critical observer of the world around him.

The band Levin Goes Lightly plays psychedelic colored wave pop, most likely comparable with the music of The Underground Youth or with genre heroes Suicide. Levin’s penchant for neo-romanticism and the New Romantics of the late 70s and early 80s as well as David Bowie as role model with his appearance and style influenced the production process for this second release.

After his concert at the 8mm Festival in Berlin, he was approached by Brian Jonestown Massacre’s mastermind Anton Newcombe. This was followed by an invitation to Newcombe’s studio, where Levin’s single with the songs “Speedway” and “She’s dancing” have been originated. The LP “Neo Romantic” appeared end of April 2015 on „Treibender Teppich Records“. 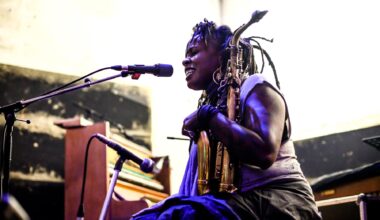