Once compared to Leonard Cohen, Tom Petty, Psychic TV, and Animal Collective in the same review (for 2009’s Childish Prodigy), Kurt Vile can bring to mind anything from Suicide to Leo Kottke to My Bloody Valentine, Bob Seger, Nick Drake, and Eastern ragas.

Still, he pieces together these disparate elements so seamlessly and unpretentiously that such reference points are rendered pointless by the singularity of his sound. Kurt Vile might belong to a long lineage of classic American songwriters, but he’s the only one who’s alive and in his prime today.

The forthcoming b’lieve i’m goin down… – to be released in September – is Vile’s 6th album, and shows Kurt both deeply introspective and briskly self-assured. As longtime fan Kim Gordon wrote about the album: “Kurt does his own myth-making; a boy/man with an old soul voice in the age of digital everything becoming something else, which is why this focused, brilliantly clear and seemingly candid record is a breath of fresh air.

Recorded and mixed in a number of locations, including Los Angeles and Joshua Tree, b’lieve i’m goin down… is a handshake across the country, east to west coast, thru the dustbowl history (“valley of ashes”) of woody honest strait forward talk guthrie, and a cali canyon dead still nite floating in a nearly waterless landscape. The record is all air, weightless, bodyless, but grounded in convincing authenticity, in the best version of singer songwriter upcycling.”

Named after the lake not far from her parents’ house in Alabama, Waxahatchee is the name of D.I.Y. songwriter Katie Crutchfield’s band, which began in 2011 as a solo project, appearing first in the form of a split cassette with Chris Calvin.

Katie had been writing songs since her early teen days and was playing with her sister Allison in the scrappy punk group P.S. Eliot for a while. That group disbanded around the time of a serious breakup, and Crutchfield stole away to her parents’ country home where she recorded the songs that would become Waxahatchee’s lo-fi debut full-length, 2012’s American Weekend.

The confessional if somewhat brittle songs on the project’s debut gained Waxahatchee more exposure, and Crutchfield began performing in and around Philadelphia, where she had moved. She assembled a band to back her up live, and in 2013, sophomore album Cerulean Salt was released to largely positive critical reviews.

The band toured internationally for much of the next year, gaining fans and listeners as its profile grew. In early 2015, it was announced that Waxahatchee had signed to Merge Records for the U.S. release of third album, Ivy Tripp. The album saw release in April of that year. 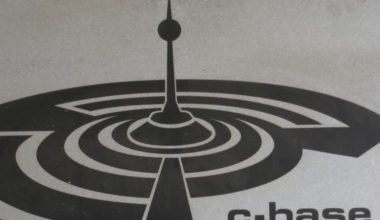