At the center of this KONTRAKLANG evening is the 1985 work La perfezione di uno spirito sottile by Salvatore Sciarrino. Conceived as a »musical ritual« that should ideally be performed outdoors, the group around artist Uta Neumann teleports the piece to Lusatia. As one of the largest open-cast lignite mining areas in Germany, it was chosen primarily because of the role of man as a geomorphological actor in the natural landscape becomes visible on a large scale there. In the staging, the gloomy and mountainous lunar landscape of Lusatia appears by means of subtle visual objects, which are acoustically brought to life by sound artist Adam Asnan. Amidst the scenery, flutist Rebecca Lane and soprano Olivia Stahn face each other like otherwordly beings. Percussionist Sabrina Ma completes the trio with a glockenspiel that fills the sparse soundscape of wind, whistling, growling and screeching noises with a ghostly cloudburst until finally everything is carried away by the wind.

In the second half of the evening, Catherine Lamb’s first String Quartet (2009), with its meditative circling around a few basic motifs, can be heard as an echo of the existential questions of La perfezione. The music of the American composer would probably not be described first and foremost as »scenic«; the strict minimalism seems to virtually deny all too physical associations. Nevertheless, the subtle vibrations of string instruments tuned in just intonation unfold a space all of their own, which – pulsating like a breathing movement – seems to expand increasingly. In addition to the composer herself on the viola, Sara Cubarsi and Thomas Nicholson can be heard on the violins as well as Judith Hamann on the cello. 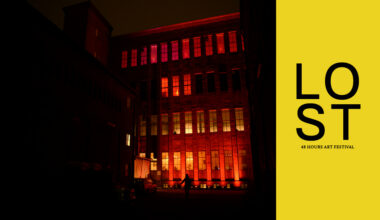 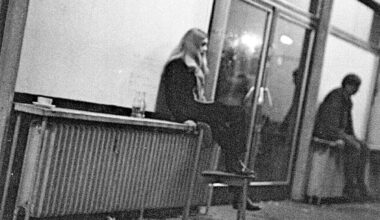