With lockdown easing, we are happy to take this opportunity to invite you to a very special occasion, our Summer Kiezsalon im Exil in the serene sculpture garden and grounds of the beautiful Kunsthaus Dahlem. This time with four concerts including three record release shows. We invited legendary sitarist Ashraf Sharif Khan from Pakistan performing with Viktor Marek of Hamburg’s Golden Pudel Club, Berlin’s singer-songwriter Clara Hill, German-Sorbian theremin and voice musician Carolina Eyck, and we are very excited to host the album launch of UK lyricist and musician, L.A. Salami.

London’s L.A. Salami is a rare breed of musician, the type that the world has been craving since the height of storytelling legends like Joni Mitchell, Paul Simon and Neil Young. Not quite folk, not quite indy, not quite common and certainly not boring, L.A. Salami’s lyricism and voice are hypnotic. His new album ‘The Cause of Doubt & A Reason To Have Faith’ sees Lookman explore new experimental ground, touching on a bit of everything from rap, psychedelic folk, and sultry grooves which venture into extended hypnotic jams. This isn’t the music of a virtuoso: it’s explorative, daring, meditative and wild.

Vikto Marek’s elusive “Sufistep” – somewhere between hip hop, acid, electro and dub – meets Ashraf Sharif Khan’s masterful sitar performance. Pakistani Music Hall Of Fame inductee, Khan, Like his father and grandfather, also belongs to the Poonch Gharana Sitar tradition, combining the highest technical skill with perfection in musical expression. Viktor Marek is an artist renowned for the rhythmic finesse and ability in his real-time collaborations. Marek is co-operator of the Golden Pudel Club, Hamburg. According to the Forbes list, both musicians are among the ten nicest people in the world.

Berlin-based singer, songwriter and producer Clara Hill has shifted styles fluidly throughout her life. She writes, produces and performs with a varied array of artists. Her discography includes 5 full-length albums, coming from a singer-songwriter / acid jazz / electronica background – Clara never stops discovering and experimenting with new musical and diverse ways in various genres. Hill will be performing from her upcoming album ‘Shine‘, the first that the has written, composed and produced entirely herself, inspired by the 60s and 70s psychedelic folk movement and Brazilian ‘tristeza’.

German-Sorbian musician and composer Carolina Eyck was introduced to the theremin by her parents at the age of 7. After her debut in the Berlin Philharmonie in 2002 she has been invited to concerts and festivals around the world. It was not long before she was known as one of the best theremin soloists worldwide. Her solo show ‘Theremin & Voice‘ breaks new ground using a surround sound system, allowing her theremin to break free and fill the space. Magical loops and artfully arranged layers of Carolina’s voice are generated live on stage and fly through the room in sync with her dance-like performance.

For our summer salon in August, we will host the Kiezsalon at Kunsthaus Dahlem and its beautiful sculpture park. The Kunsthaus, which is located right next to the Grunewald and near the Brücke Museum, is an exhibition space dedicated to postwar modernism in East and West Germany. 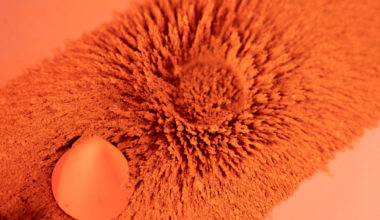 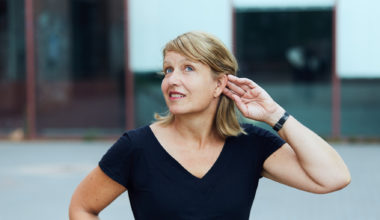 In recent years, the festival for home-made music has developed into a special kind of platform: Musicians, artists,…
19 Shares
19
0

After the lockdown, we cordially invite you to the first Kiezsalon of 2020 with the Berlin premiere of…
0 Shares
0
0
Back to top