Khotin is the recording project of Edmonton-based electronic artist Dylan Khotin-Foote. Since his first album as Khotin, 2014’s Hello World — a breezy set of soft-hued acid and effervescent hybrid house released on 1080p — he’s moved freely between genre experiments, every move linked by distinct melodic sensibility. He’s released a stream of talked-about 12”s and remixes on labels such as 4AD, DFA, Pacific Rhythm, Public Release as well as his own self-release imprints Khotin Industries and Waterpark. His dance-minded output, marked by years of involvement in Vancouver’s underground landscape, is both offset and informed by a deep interest in downtempo sound, the mood of stillness, the melancholy after the club.

1: I’ve recently moved back to my hometown Edmonton, the northernmost city in North America with a population over one million people.

2: One season playing hockey as a kid back in 2003, I tied for league leader in points with a guy who went on to get drafted to the NHL.

3: I have a Twitch channel that I am trying to stream on every now and then: twitch.tv/geoiogist

It can be hard to find the motivation to make music lately but the inspiration can come from almost anything. Hearing a certain sound on the radio while driving, looking at old computer game artwork online, thinking in the shower.

2. How and when did you get into making music?
My grandma is a piano teacher so I learned piano at a very young age. I eventually played in bands when I got older and then started my own solo projects in high school using keyboards and drum machines

4. What do you associate with Berlin?
Having a panic attack at Berghain, döner kebab, table tennis.

5. What’s your favourite place in your town?
World Waterpark in West Edmonton Mall and my apartment.

6. If there was no music in the world, what would you do instead?
Get a real job

7. What was the last record/music you bought?
CiM – Service Pack reissue on Delsin

8. Who would you most like to collaborate with?
My girlfriend Lindsay

9. What was your best gig (as performer or spectator)?Performer: DJing at Present Perfect Festival in St Petersburg, Russia 2016

Spectator: Sun Araw & Sonic Boom at Republik in Calgary in 2012

10. How important is technology to your creative process?
I rely on it but it doesn’t really hold much significance to me

11. Do you have siblings and how do they feel about your career/art?
I have a little brother and sister. They just turned 11 years old.
Blake says: “I like your career, your music is interesting. You should keep doing it because lots of people really like it and you are good at it”
Amaris says: “I love it! You are very good at it and very talented!”

Boomkat.com about “Finds You Well”:

Smushed with musical sentiment to match its title, ‘Find You Well’ draws a warmly analogue-sounding bubblebath of ambient electronica and slow moving beats that land somewhere between BoC and Deru on the wistful nostalgia scale. It’s music almost custom made for Autumn, rustling up a woozy and lowlit sound full of warbly charm and wobbly rhythms that will please the sweetest toothed fans of early ‘00s ambient melancholy in highlights such as ‘Heavyball’ and the Ulla-esque collage of cottony pads and answer phone messages in ‘Outside In The Light’ and the heavy-lidded drowse of ‘Your Favourite Building’. 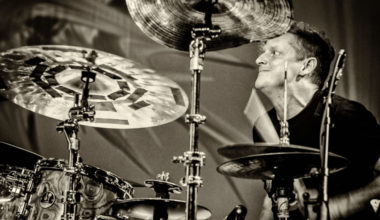 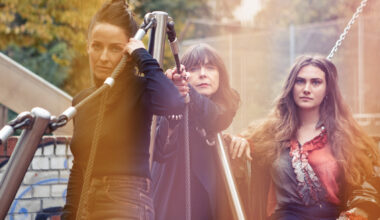