Katrin Hahner aka Kenichi & The Sun is an interdisciplinary creative who works in the fields of music and visual arts. She released several albums of original music and composes for art performances, theatre, film and TV. Her latest release, the concept album „White Fire“ jubilantly deconstructed pop and blended it with an avantgarde approach, delivering a concept with an unbreakable vision; a commitment to spreading a message of empowerment, positivity and healing, brimming with such jarringly powerful feminine energy that feels both ancient and revolutionary, something primal yet also kaleidoscopic – as Katrin calls it: ʼSci-Fi Gospelʼ – A message of love for, and maybe from the future.

Kenichi & the Sun is performing this Friday (15.10.21) at Galerie Bernau as part of the Heimat, Herz, Orte concert series.

1. “Dear Beyonce do you ever think that you´re, like everybody else, just another human farting around this damned earth?
Cause I can identify with that feeling…
Yours…”
You Us We All – “Beyonce“

2. “I’m told disciples got lost in the hillside
Following intellect, they let go of wisdom
And now they’ll tell you the soul’s a closed system
They sacrificed instinct to phony ambition
And now what they hold in their fist has become all that there is
But total existence needs meaning and myth
Many misjudged the way and got lost in the mist
Your loneliness is the symptom, not the sickness“
Kae Tempest – “Holy Elixir”

3. “Our goal should be to live life in radical amazement. ….get up in the morning and look at the world in a way that takes nothing for granted. Everything is phenomenal; everything is incredible; never treat life casually. To be spiritual is to be amazed.” – Abraham Joshua Heshel

I am interested in patterns and how to rearrange them. I see an interconnection of many different layers and I research the myths, dramas (especially the greek dramas/ writers like Sophocles and Euripides astound me), fairy tales, genesis stories and origin theories, language, science, theatre, poetry, art, the natural world and the other realms for clues. (no end) I have a pretty big cache to collect information and re-combine it later. So theres no real hierarchy. It´s a constant influx and my inner filter system notifies me with a little bing in the belly when something hits the target. Sometimes I feel like someone who pulls a bunny out of a hat without a clue where the bunny came from. And that feeling is strangely satisfying. Am I the bunny, the person or the hat? Or the space between them? Or all of them? Or none?

My friend left her electric guitar, a beautiful vintage hollow body (which I still play, my friend gifted her to me) and an old Guyatone amp with a mysterious crackle in our studio space at the Art Academy and then she didn’t return for a few weeks. It was summer break and nobody was there and the space felt surreal as you could hear your steps reverberate through the floors in these huge buildings. I was severely heartbroken and troubled in general and couldn’t eat, sleep or paint. I just sat in the crazy summer heat, stared at the canvas and one day I simply picked up the guitar. I played a few notes and to my surprise my mind got calm. I played a few more notes and my body got calm. The sound filled me up and gave me peace. Time disappeared. The reverb in the studio was amazing and I was hooked. It felt like a remedy or a charm. I just kept on playing, songs formed and once the semester started again, people came and listened and asked for more songs. My professor took a liking and I played a show in the Academy.

It´s almost funny, I sang these calm, slow lullabies and was so neurotic and racing on hyper speed inside. Now that I am calm inside, I can write music that explodes with color and textures and styles. Thank you, music, for scooping me up right then and there!

This is tricky, too many albums, so here´s my current playlist:

alone: in the water in the middle of a lake at sunrise with the pinkblue sky and a crisp temperature
together: in the recording studio

… no matter what we do, it might always be music anyway?

Salos by Merope. Melodies and stories from lithuanian folksongs reimagined. A magical flight dream of an album.

It wasn’t a gig per se, but it sure felt like a piece of the finest craft when Patti Smith gave a speech for Joan Baez at the Amnesty International Ambassador of Consciousness Awards. Her words were so full of reverence and beauty and her delivery so intense that the whole room gasped for air. Took me totally by surprise.

It became pretty important to me especially in the pre-production and writing process. It allows me to experiment fast and independently, it´s a great tool. I tend to create an environment for lucky accidents and surprises and once the pieces solidify, I flesh them out and overdub with analog instruments and more people involved. It´s inspiring and expansive for me to work like this. I am not abundantly tech-savvy, but I know how to use it to amplify my creativity.

I have an older brother and it´s complicated. (shoulder shrug emoji) 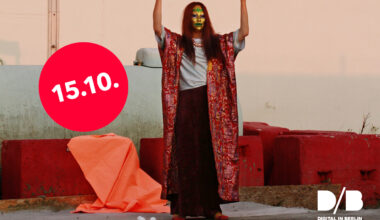