Composer and pianist Kaan Bulak works between cultures and explores diverse musical approaches. As a composer his works found their ways into the repertoires of international classical soloists, as a performer he developed a signature sound with for his augmented piano and strings ensemble, powered with custom-built radial speakers by Martion.

Kaan Bulak will release his new album ‚Illusions’ on December 2nd and perform parts of it along other compositions in the form of an electro-acoustic performance with his ensemble at Kammermusiksaal, Philharmonie Berlin on Wednesday, 14th December 2022.

1: You don’t do anything, you let it evolve.

2: I don’t know why people expect art to make sense, when they accept the fact that life doesn’t make sense.

3: What if I told you, since we are in the matrix, all your analogue gear is actually digital.

1. What is the biggest inspiration for your music?
Nature.

2. How and when did you get into making music?
Someone let me play their piano as I was 5 and for some reason I looked for chords,
so I started taking lessons.

4. What do you associate with Berlin?
My grandpa studied here at TU in the 1930s and despite all the things going on, he was able to enjoy excellent music here. Regardless of whatever is around you, art can put you in a state where nothing can get to you. I think that Berlin is the best place to do that right now with everything going on out there.

5. What’s your favourite place in your town?
Tiergarten.

6. If there was no music in the world, what would you do instead?
Film. I’d be trying to shoot those marvellous Rerberg multidimensional long-shots in
Tarkovsky movies.

7. What was the last record/music you bought?
Robert Lippok’s Applied Autonomy (actually it was a gift, and there’s even something sampled from me in the last track – which is an incredible honour to me!)

8. Who would you most like to collaborate with?
I have a lot of ideas for a concert with Aphex Twin and Ensemble Modern together. Also, it would be fantastic to release a session of Max Loderbauer with Pierre-Laurent Aimard on my label Feral Note.

9. What was your best gig (as performer or spectator)?
Stanislaw Skrowaczewski conducted Bruckner’s 8. symphony at the Berlin Philharmonie and it completely shifted the way I perceive the World. 93 years old, just before he passed away – what a musician.

10. How important is technology to your creative process?
It’s a tool. If you hang on to it too much, you’ll become a tool as well.

11. Do you have siblings and how do they feel about your career/art?
Only child here – however my closest friends are quite happy I found my way back to a more classical side of music than my previous club adventures. The real friends were always supportive but also questioning as well – for keeping me alert. 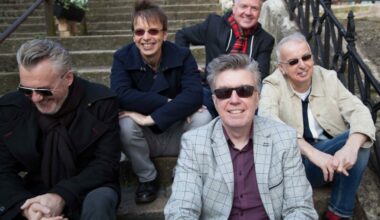 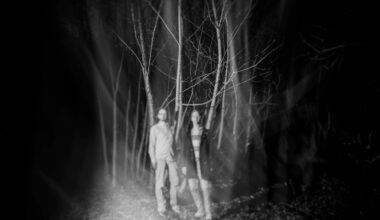