A great show at Arkaoda in Neukölln this April for anyone into the Chicago schools of post-rock and free jazz. Joshua Abrams actually played bass in Thrill Jockey legends Tortoise for a while and is not leading his own band the Natural Information Society.

Since 2010 Joshua Abrams has toured North America & Europe with a shifting-line up of musicians as ‘Natural Information Society’. The group uses traditional & electric instrumentation to build long-form intricately psychedelic environments, composed & improvised, joining the hypnotic qualities of the Gnawan guimbri to a wide range of contemporary musics & methodologies including jazz, minimalism & krautrock. 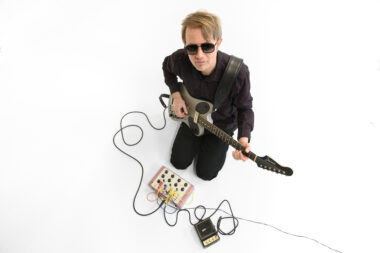