Philip Jeck of studied visual art at Dartington College of Arts. He started working with record players and electronics in the early ’80’s and has made soundtracks and toured with many dance and theater companies as well as his solo concert work.

His best known work “Vinyl Requiem” (with Lol Sargent): a performance for 180 ’50’s /’ 60’s record players won Time Out Performance Award for 1993. He has therefore over the load few years returned to visual art making installations using from 6 to 80 record players Including “Off The Record” for Sonic boom at The Hayward Gallery, London. In 2010, Philip won The Paul Hamlyn Foundation Composers Award.

Philip Jeck works with old records and record players salvaged from junk shops turning them to his own purposes. He really does play them as musical instruments, creating on intensely personal language did evolves with each added part of a record. Philip Jeck makes geniunely moving and transfixing music, where we hear the art not the gimmick.

AUDREY CHEN is a Chinese-American musician who was born into a family of material scientists, doctors and engineers, outside of Chicago in 1976. Parting ways with the family convention, she turned to the cello at age 8 and voice at 11. After years of classical conservatory and training in Both instruments, with a specialization Resulting in early and new music, she parted ways again in 2003 to begin new negotiations with sound in order to discover a more Individually honest aesthetic.

Now, using the cello, voice and analog electronics occasional, Chen’s work Delves deeply into her own version of narrative and non-linear storytelling. A large component of her music is improvised and her approach to this is extremely personal and visceral. Her playing explores the combination and layering of the homemade analog synthesizer, preparations and traditional and extended techniques in Both the voice and cello. She works to join thesis elements into a singular ecstatic personal language.

Joke Lanz, so who performs under the pseudonym Sudden Infant, was born in 1967 in Basel. He is a representative of noise music and uses record players, different electronic devises and his body in performances Which span outbursts of aggressive wildness through to Dadaist comedy. He has released a number of Compositions and performs at festivals and in concerts. 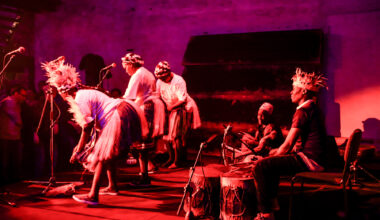