DUMBO TRACKS is the project of Cologne-based producer Jan Philipp Janzen (Von Spar, Die Sterne, Urlaub in Polen). His self-titled debut album features contributions from Markus Acher (The Notwist), Portable, Roosevelt, Marker Starling, Julian Knoth (Die Nerven), Indra Dunis (Peaking Lights), Eiko Ishibashi, Julene and DJ Koze. Together they explore the different facets of dub and its musical horizons. Sometimes it sounds like it comes directly from the Black Ark Studios, but much more often it is transatlantically transmitted via The Specials and DJs like Don Letts, Andrew Weatherall or Adrian Sherwood.

Whoever says dub must also say studio music. At least in the sense that studios have played an increasingly important role in the history of dub music. The birth of the genre is closely linked to the studio and its possibilities to vary, change and improve during and especially AFTER recording. Lee ‘Scratch’ Perry and King Tubby – they called it versioning – went wild and invented not only dub as a genre of its own within reggae, but also the modern studio musician.

If you jump in time – from the seventies to the present – as well as topographically – from Kingston to London to Cologne – you end up in the Dumbo Studio. Where glorious albums have been crafted and elaborated in recent years, a most daring attempt at international universality is now emerging.

3. produced/mixed/recorded bands and artists like The Field, Die Sterne, Stephen Malkmus, Coma among others

This varies. It might be the music from another artist, a walk in the woods, a musical instrument or a story someone tells me or that I read. Nevertheless, the mood I’m in when something interesting comes along is the the most important part of it. Like most people, I don’t feel very inspired when I’m sad.

My father is a musician and he had a rehearsal room with his band in the house I grew up in. Music was all around and a big part of the everyday life. I really didn’t had the choice to not make music.

My studio. I’m very happy to go there more or less everyday if I’m not on holidays or touring.
I feel privileged to earn my living with a task I really love to do.

I would become a pilot.

Absolutely super important. On one side it’s a source of inspiration on the other side it’s thee tool to concretize musical ideas. 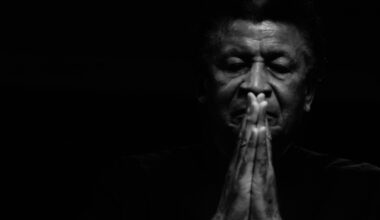