Isa holo is a fractal echo of multi-disciplinary artist Lisa Stewart exploring the resonance of sound as a vessel for transportation and energetic transmutation. Her tracks create holographic landscapes that tour micro/macro-verses through layers of rhythmic and melodic loops that absorb and disintegrate within continual reduction-expansion cycles.

Isa holo is part of the Amplify Berlin creative development program for emerging musicians at ACUD MACHT NEU and will be mentored by R&S Artist Afriqua during January 2020.

FACTS:
1: All points in time/space are connected.

2: What goes up must come down.

3: Some people like facts because they help create a framework of solidity upon which other facts can be built on top of until you have tall towers of facts that help govern society and form culture. But if the first fact you built the subsequent facts upon turns out to be misaligned then a lot will need to crumble as you remove that false foundational brick. Alternatively you can choose to ignore the falsehood of that first foundational brick to prolong the standings of the tall fancy towers (but deep down you’ll still know the foundations are off).

1. What is the biggest inspiration for your music?
\\LIFE// with special mentions to dream life, sleeping, saunas, hypnosis, the ocean, flow states, strategies of play over methods of work, hybrid genres, bendings of time and pitch, layers of intriguing fragments, finding the shadow sides of samples through manipulation, creation of new vibrational landscapes.

2. How and when did you get into making music?
When I was around 4 I used to love walking around the house making up melodies until I realised the other members of my household weren’t necessarily vibing, so I got self-conscious and stopped. But let’s say the impulse always remained.
Around 2009 I started making electronic sound works as I needed soundtracks for visual art installations and video works I was producing. This was mostly done with a combo of small casio keyboards, toy instruments and sound effects samples. I think in 2012 I first found my way into ableton and slowly slowly opened up that world more until I was producing more conventional tracks and also more soundscapes for my art practice.

3. What are 5 of your favourite albums of all time?
To be honest, after digital music arrived I really abandoned the practice of considering an entire album, I tend to listen more in playlists, mixes, radios.  But here are 5 songs that I have been obsessed with at one point of my life or another.

4. What do you associate with Berlin?
Perhaps the largest adult day-care centre ever built?
That one leg of brandenburger tor on the u-bahn window decal that is out of perspective but still got plastered over every window. Botched proofing job or wacky designer? We’ll never know…
A lot of heaviness, a lot of love, a lot of personal freedom, a lot of personal paperwork, a lot of scattered destructive energy, a lot of shadow and introspection.
More darkness, more light, more smoke, more dogs.

5. What’s your favourite place in your town?
At the moment I love going to a special cluster of 3 trees in Tempelhofer Feld where sometimes the beautiful creamy eagle birds that breed there come to land.

6. If there was no music in the world, what would you do instead?
To me music is in everything, so whatever we do, be it cooking, painting, mathematics, speaking, fixing shoes, we are composing because we are playing with the arrangement of vibrational matter which has inherent musicality.
The entire universe is made of sound/frequencies – all matter being built from atomic matter that at its essence is vibrational waveforms, so without music there would not be a world.

8. Who would you most like to collaborate with?
The weddell seal (Leptonychotes weddellii) in Antartica, they can make a sound that is like an extremely beautiful synthesiser made out of sparkling pearls and amplified on pure joy.

9. What was your best gig (as performer or spectator)?
In 2018 I saw Tinariwen play at a very small local festival called Taragalte on the edge of the Sahara desert near Mhamid, Morocco. There’d been a massive sandstorm that day so they had had to shut down the festival, and we’d all had to leave a bit sad with sand blasted eyes, but then at the final hour the weather finally calmed and they set up tiny side stage and Tinariwen came and played the most beautiful informal set to a very intimate crowd, it felt really special.

10. How important is technology to your creative process?
On the one hand I have an electronic music process which is completely dependent on the existence of laptops, sound recorders, ableton live and endless banks of disembodied instruments/samples and tools for manipulating waveforms.
And on the other hand I have an entirely analogue/organic research practice working with my voice experimentally through a range of very embodied somatic methodologies.
I love both these polarities for different reasons – how raw, ancient and mysterious the voice is as the meeting point between air and body – it’s knowledge is infinite. Likewise the possibilities within a program like ableton is infinite and another microcosm in and of itself.
I am currently figuring out how to fuse these two worlds together – to keep rawness and something organic alive within the worlds of technology.

11. Do you have siblings and how do they feel about your career/art?
I have an older brother and a younger sister, neither work in the arts, but they support and are happy to see me doing what I love. Both live in Melbourne, Australia so I haven’t been able to share so much of my work with them in the last few years, as I’ve mostly been working in the northern hemisphere. 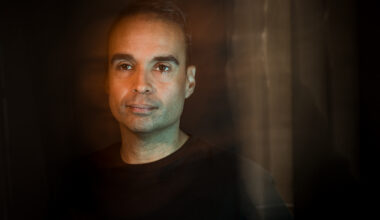 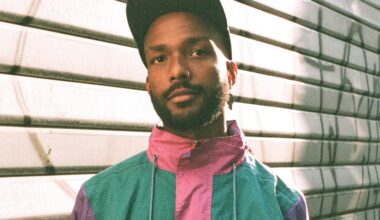