The name of this trio is well chosen: Inawhirl succeeds excellently in creating a vortex of musical ideas, refreshingly swirling tones and sound particles in this fine-nerved free music. Georg Graewe at the piano, Sara Kowal at the harp and dieb13 at the turntables convince on their debut album with shimmering, finely spun collective improvisations. An admirably sensitive and tightly interconnected ensemble playing, which also through the unorthodox choice of the instruments has much to offer in terms of sound aesthetics.

If you weren’t paying attention, you might think this is a collection of solo ruminations by German pianist Georg Graewe. Listen closer, however, and you’ll discern contributions from harpist Sara Kowal and Viennese turntablist dieb13. Across 15 short improvisations – most of them just two or three minutes long Graewe’s is the dominant voice. Kowal’s rippling harp tends to blend in with Graewe’s right-hand excursions, adding an extra layer of detail, while dieb13 contributes tactile electronic textures, grainy drones, fleeting flashes of lush orchestral sound and even a brief cameo snippet of Phil Minton’s unmistakable multiphonic vocals. When all three lock into a rapid swirl, it’s a dizzying trip. – Raymond Cummings, THE WIRE October 2021

Based in Berlin, Ido Bukelman is an Israeli guitarist, multi instrumentalist and composer-improviser, whose work combines elements of modern music, folk, and free jazz. Ido played a large number of solo concerts in different international venues. He has released more than ten albums.

About the album “The Drought Bell”: This is the fourth solo album of prolific Israeli guitarist Ido Bukelman in four years, marking his urgent need to keep exploring and expanding his sonic palette of the guitar, augmented occasionally with sparse percussion sounds and bells. These immediate sonic associations are delivered as concise, poetic, haiku-like pieces.” – Eyal Hareuveny, The freejazz blog 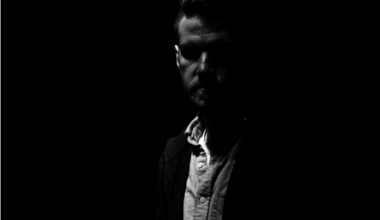