Imarhan, meaning ‘the ones I care about’, started out around 2008, a loose collection of friends who began to play together. Their reflects their cultural and generational background; dry guitar riffs, pop melodies and pan-African rhythms which draw on traditional Tuareg music, African ballads and the modern pop and rock the band heard growing up.

Temet, their new album release on March 27th, is a huge leap forward in production, as well as creatively for Imarhan. Whereas their debut was anchored in the meditative Desert Blues tradition, Temet eclipses such notions, finding bounce and drive by stirring their sound with funk, fuzz, disco and rock. This is not a novel concept to the band, as anyone who has seen them play will attest. There is a disparity between their emotional and thoughtful first album and the raucous, ecstatic live show.

“We hope that Imarhan will allow the younger generation to become aware of the fundamental importance of friendship. As long as someone is by your side supporting you, asking for your friendship, what more could you want out of life? You will want for nothing.” 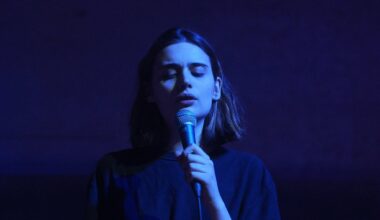