Following the release of his excellent new album on On-Usound Horace Andy comes to Berlin for a special concert at SO36 this April.

Midnight Rocker has been approached in a similar fashion to the late-career quality that Sherwood coaxed out of Lee “Scratch” Perry with the Rainford and Heavy Rain albums, assembling a crack team of players and spending many months perfecting performance, arrangements and mixing. The result is 11 remarkable tracks that sparkle with superb musicianship, carefully crafted production and some truly beautiful vocals from Andy.

The material includes revisiting and updating a few classic Horace Andy songs such as “Mr. Bassie” (previewed on the Pay It All Back Volume 7 compilation), but the bulk of the tracks are brand new compositions with contemporary messages, such as “Watch Over Them” and “Materialist”. They have also versioned a much-loved early single by the group that Andy is most associated with, Massive Attack, although Shara Nelson took the lead on the original “Safe From Harm” and here Horace steps up to the mic. Interestingly, Shara Nelson recorded with Adrian Sherwood several years before the inception of Massive Attack, and 1983’s lost street-soul classic “Aiming At Your Heart” could arguably be cited as a blueprint for the later group’s sound.

“On-U Sound are very proud to present a truly wonderful album with one of the all time great singer-songwriters in the rich history of Jamaican music, Horace Andy, This is a true gold star performance and I’m very proud of it.” – Adrian Sherwood. The backing band on this album features the cream of On-U Sound players, including contributions from Gaudi, Skip McDonald, George Oban, Crucial Tony, the Ital Horns, and the late, great Style Scott. 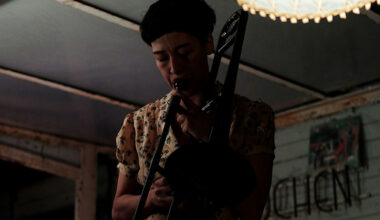