Born 1985 in Zikhron Yaacov, Israel, Hilà Lahav is a poet and a musician. Since 2005, Hilà Lahav’s poetry has been published by literary magazines. Selections and individual poems were translated into Italian, English, Arabic, German, Slovak, Macedonian, Turkish, Romanian, Spanish and Ukrainian. Her debut poetry collection, Soul, was published in 2011. The poem Until the Morning – her second book of poetry – was published in 2014 and her third collection – Wooden Roof – has just been published – all by Hakibutz Hameuchad Publishers.

As a musician, founder and member of several ensembles, she performs early and modern music as well as classical Turkish, Arabic and Andalusian music on the Ney (Turkish/Arab flute) and historical woodwinds, and her own contractions/ interruptions with electronics and performance, collaborating with performers and musicians to create and form languages and bridges over time, roots and traditions. Since 2007 she has been teaching music and volunteering in educational, political and social aid organizations and activist actions.

1: I am able to hear dog whistles. They made me lose faith in humanity.

2: the silliest dog gets in average 60% more nuances than your common human.

3: There is no such thing as too many dogs around.

1. What is the biggest inspiration for your music?
Inspirations constantly emerge – I’m fascinated by voice, by sounds, by words. I’m thinking about agency, language and body, about speech acts. By moments where speech or music get as close as possible to their moment of birth. Where urges or callings become sound only because it’s the only thing they can do. One day it may be an essay by Scarry or Lessing and the next one a droning Goldfinch at my window.

2. How and when did you get into making music?
I started playing music as a kid, and despite a brief moment of contemplating a profession with dignity on its side, it was always clear to me that I could not live without it. That it’s my voice and my means to articulate and translate the otherwise incomprehensible. As for how – there were probably many points of validating that choice. The first that comes to mind is the concert that healed me of my stage fright. I was young (for sure I needed the money) and I realized my job was to tell a story, that the focus is on that channeling you do – on its recipients. I think it was a child in the audience that made me see it. One of many defining moments.

3. What are 5 of your favourite albums of all time?
1. Gavin Friday and the man seezer – Each Man Kills The Thing He Loves
2. Bruce Dickey’s Tragicomedy (early Italian Baroque sonatas on cornetto)
3. Emirgan Assemble -Klasik Osmanlı Müziği
4.Niyazi Sayın & Necdet Yaşar – and their album that bears that name
5. Angel Haze – Classick

4. What do you associate with Berlin?
Oh. Hard to say! Having lived here for more or less two years, I have come to like the way the city evades definitions. The way it allows diversity because of its own incoherency. But I love the feel of activism, support and solidarity. Maybe that’s the thing – that I associate it with the people I love.

5. What’s your favourite place in your town?
Probably Schlachtensee, but I say that with due shame, as I seem to favour laziness over it.

6. If there was no music in the world, what would you do instead?
Fight patriarchy with a pruning hook.

7. What was the last record/music you bought?
“My middle name is Misery” by the awesome; Ruth Dolores Weiss, to complete the set.

8. Who would you most like to collaborate with?
Adrian Sherwood.

9. What was your best gig (as performer or spectator)?
I can think of many objectively great gigs, But I think the most satisfying ones have to be ones I had as an instrumentalist. I remember one contemporary piece premiere, when Everything was so beautiful, my mouth just opened on its own with awe. It took me a moment to recover, and realize that as a wind player I may have to close it and go on playing lest it stops. But I think the best gigs are when music wins over you.

10. How important is technology to your creative process?
Classically trained, playing medieval to baroque music, and classical arabic music, I always took pride in having attachment to living, handmade, acoustic instruments. I started working with electronics while participating as a musician in the great performance piece “missspelled” by Maya Weinberg. Now I crave for technology just as badly.

11. Do you have siblings and how do they feel about your career/art?
I have two, but I never took the bother to ask.

Hilà Lahav performs at “Beyond beyond”; A sonic installation space by Gretchen Blegen with live-performances by Mars Dietz, HATAM and Jasmine Guffond. 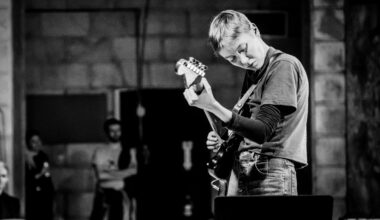 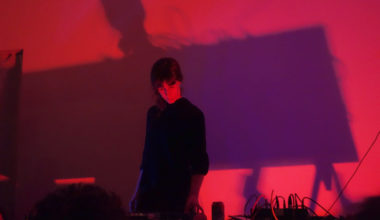