We are happy to present our first musical project in Brandenburg. Just north-east of Berlin, by the gates of the beautiful Naturpark Barnim. In collaboration with the Galerie Bernau, musicians based in Berlin are invited to perform on the annual topic Heimat, Herz, Orte at each of six different exhibitions. Join us for a live concert from Danish baroque guitarist Rolf Hansen, followed by a DJ set from Dirk Dresselhaus.

Rolf Hansen is a Danish guitarist originally rooted in jazz, and has been one of the most in-demand studio and session musician in the Danish rock, pop, and folk scene, having made a name for himself in the alternative folk scene.

Dirk Dresselhaus is the real name of multidimensional music project Schneider TM which has been operating since the mid 90s. His latest opus is also his first for release for Editions Mego.

The Gallery Bernau is a municipal space for contemporary art, located in the heart of the historic centre of Bernau north-east of Berlin. It was opened in September 1989 by the initiative of artists and art lovers, making it the last non-commercial gallery to be founded during GDR. In collaboration with Digital in Berlin, musicians based in Berlin are invited to perform on the annual topic, “Heimat, Herz, Orte” at each of the six exhibition openings. The S2 S-Bahn line can take you from Berlin to Bernau within 35 minutes. The concerts and exhibitions are free of charge.

In the spirit of our Kiezsalon series, the stylistically coherent concerts will last 30 minutes and will take place inside of the gallery sharing space with the exhibited artworks. This is intended to create new artistic forms, open spaces and synergies. The aim of the joint project is to initiate a creative and constructive exchange that will appeal to an audience both from Brandenburg and Berlin and to start a dialogue between two cities that are regionally close to each other and yet have noticeable differences of a cultural, social and economic nature. 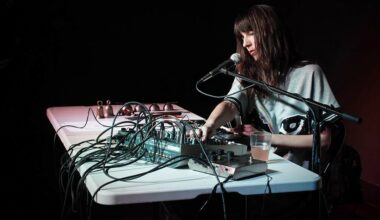