HAU is a lovely old theater near Hallesches Tor in the Kreuzberg. This venue hosts a quality programme of live concerts and theater. Its little sister venue HAU2 just around the corner on the canal at Hallesches Ufer 32 also has a highly recommendable programme which is well worth checking out with a bit more of a focus more on pop and rock.

The Hebbel am Ufer (HAU) is a theater and international performance center based in Berlin, Germany. It was founded fusioning 3 theaters in Kreuzberg, Berlin: Hebbel Theater, now called HAU1Theater am Halleschen Ufer (theater at Hallesches Ufer), now called HAU2Theater am Ufer, now called HAU3. The Hebbel am Ufer is being founded with 4 Million EUR by the State of Berlin and by different Berlin and German wide foundations and organizations. Its mission is to protect and support the tradition of the Hebbel Theater. Which is to provide space and infrastructure for different international and national theater, dance and performance events.The HAU is known for international productions in diverse performance arts. Especially for younger generations of theater enthusiasts, HAU has become an important part of the cultural life in Germany. 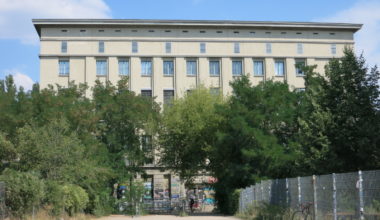